You are using an outdated browser. Please upgrade your browser to improve your experience.
by Lory Gil
March 27, 2012
If you are an active iPad user, and by active, I mean you tap and swipe like a demon when playing Fruit Ninja, then you may be in need of a sturdy, well-balanced display stand. IK Multimedia, makers of such famous device accessories as the iRig and iRig Mic, have just launched a new iPad stand that could, quite possibly, help your iPad endure an earthquake. The iKlip Studio is the newest in the company’s line of iKlip iPad accessories. This particular one is meant to sit on your tabletop while you create songs using any variety of music applications, including IK Multimedia’s line of GrooveMaker apps. I have to admit that when I first opened the package I was a little disappointed. I’ve been reading about the new iKlip Studio for months and was expecting it to be much heavier. It seemed like a flimsy piece of plastic. Boy, was I wrong. 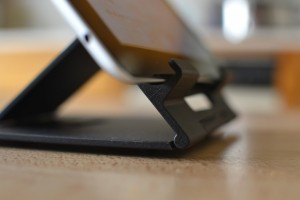 Sure, the stand is made from “lightweight, shock-resistant thermoplastic,” but flimsy, it is not. The architectural design is what makes it so impressive. The base is about 7-inches long and rests behind the stand. Imagine an “A” frame resting on its side. Because of this long but thin base, the iPad is anchored sturdily into place so that any amount of poking and prodding doesn’t cause the device to move around or tip over. There is an adjustable leg that allows the iPad to be positioned at seven different angles, ranging from nearly upright to nearly flat. There are rubber footpads on the bottom to keep the iKlip Studio from sliding around as you beat out a new rhythm. The rubber pads also rest on the back of the iPad, giving it a firm grip. This stand is well designed for active iPad use. It is also unbelievable thin, about the thickness of 50 sheets of paper, making it one of the most portable stands I’ve used so far. You can just flip it closed and stick it in your backpack or carrying case. 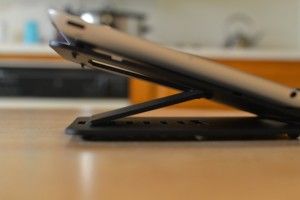 There are a couple of minor issues that I noticed with the iKlip Studio. First of all, when in the highest, or nearly upright, position, the iPad tends to slide forward and backward. The actual iPad rest does not fit the device snug. Presumably, this is so that you can use the iPad with or without a skin, or use any generation of iPad, or even another tablet altogether. The only time it slides is in the topmost position. It doesn’t make it any less sturdy. The iPad just moves back and fourth about a quarter of an inch when you tap on it. The other issue I noticed is that the “leg” is not fully attached to the rest of the stand. It can be popped off very easily, too easily. The first time I picked up the stand when the iPad wasn’t resting on it, the leg fell off. However, because it isn’t fully attached, it can easily be popped back on. 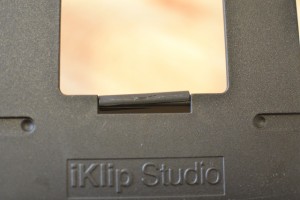 I never experienced a problem with the leg while it was housing the iPad, or even sitting on my table, empty. The only time the leg comes loose is when you are trying to fold the stand closed. This may cause problems with getting lost at the bottom of a gig bag. It is probably the stand’s only real weak spot. Musicians don’t have to be the only ones to take advantage of this amazingly slim stand. It can be of great use for anyone in need of a stand for their iPad. The fact that it is so sturdy only makes it better. Imagine having your iPad on display when your four-year-old nephew stops by for a visit. Inevitably, he will rush over to your tablet and start whacking away at it. When his parents try to stop him from knocking it over, you can smile warmly and tell him he can hit it as hard as he likes. His parents will have a new found appreciation for your patience and understanding of their son. For only $29.99, this is a definite must-have stand for any iPad owner. It is unassuming and strong, like a celebrity’s bodyguard. Preorder it up from IK Multimedia’s website today. 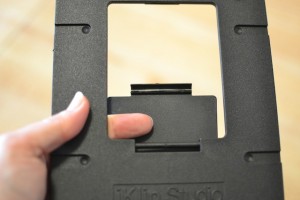 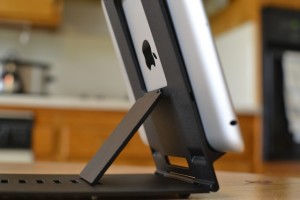 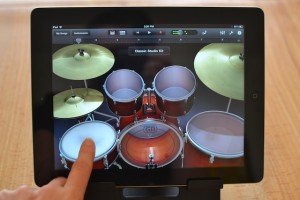 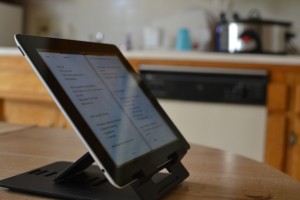 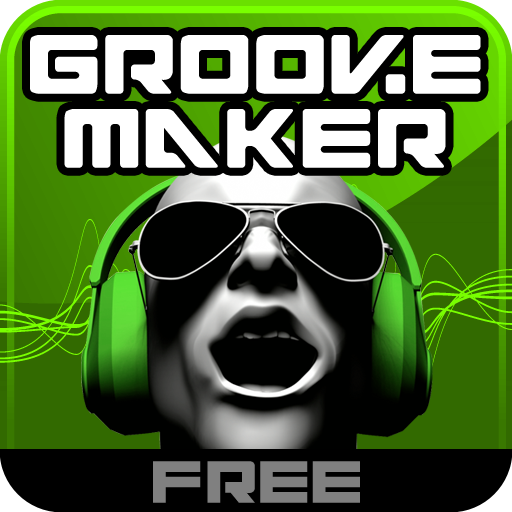 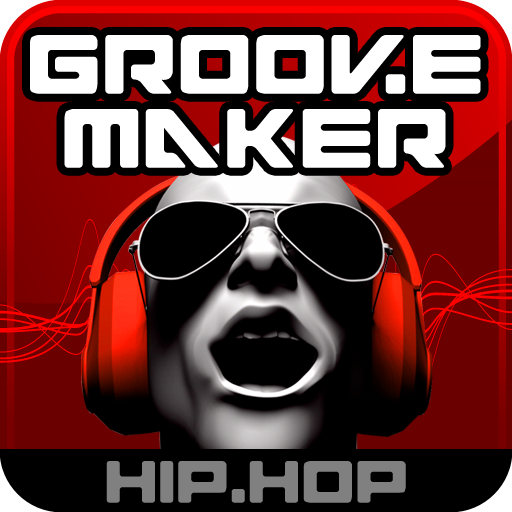 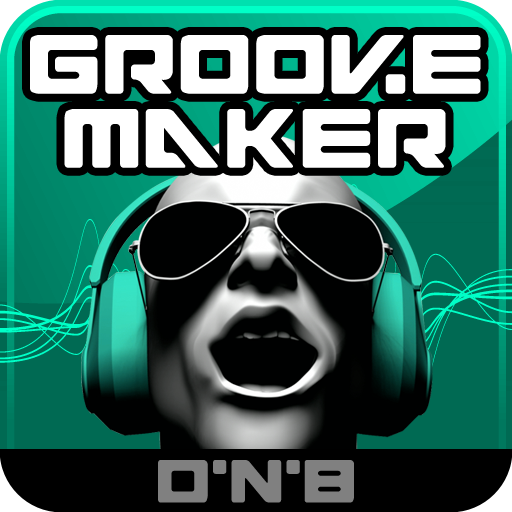 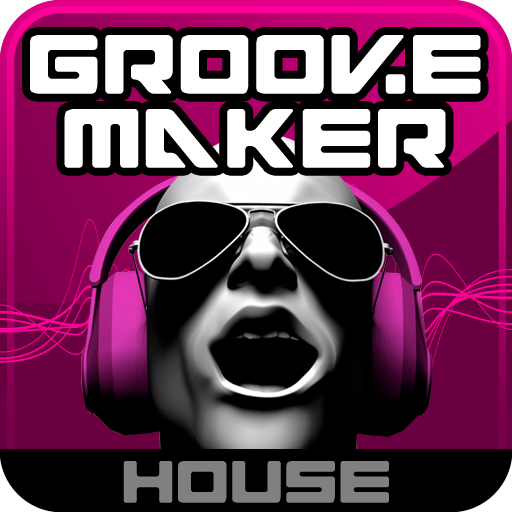 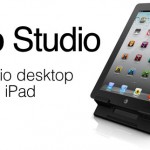 As Sturdy As An Ox, App Advice Goes Hands-On With IK Multimedia’s Newest iPad Stand
Nothing found :(
Try something else