You are using an outdated browser. Please upgrade your browser to improve your experience.
by Bryan M. Wolfe
March 5, 2012
The autocorrect feature on a cell phone caused a Georgia high school and middle school to go on lockdown, just days after the school shooting at Chardon High School outside Cleveland, Ohio. According to The Associated Press, a student from Lanier Technical College meant to send a message to a friend using the slang “gunna.” Instead, the autocorrect feature changed the word to “gunman.” This caused West Hall high school and middle school in the town of Oakwood, Georgia to be put on lockdown on Wednesday, February 29, for about two hours. Instead of writing “Gunna be at West hall this afternoon,” the unknown texter said, “Gunman at West hall.” More confusing, the texter accidently sent the text to a wrong number. Once that person received the message, they reported it to police. According to Sgt. Stephen Wilbanks of the Hall County Sheriff’s Department:

"It was a combination of odd circumstances. We want to emphasize that the recipient did the right thing in reporting the message."

The lockdown lasted from 11: 30 a.m. to 1:45 p.m. local time before police were convinced that it truly was an innocent misunderstanding. On Monday, February 27, T.J Lane is believed to have opened fire on a group of students at Chardon High School, killing three and critically injuring three others; he is in police custody and awaits a hearing in juvenile court. 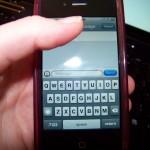 Autocorrect Feature Puts Two Schools In Lockdown
Nothing found :(
Try something else