You are using an outdated browser. Please upgrade your browser to improve your experience.
by A.T. Faust III
March 6, 2012
Tomorrow, in just 30 excrutiatingly long hours, we'll finally know everything there is to know about the much anticipated iPad 3. Or iPad HD. Or iPad 2S. Or, you know, whatever else Apple decides to call its newest tablet. So I got to thinking: Why does Apple even bother with the model designations anymore? They're convoluted, inconsistent, and -- depending on when a given model makes it to market -- alternately referential to iteration, processor spec, or wireless standard. Taken as a whole, these letters and numbers make zero sense and are, in my estimation, at complete philosophical odds with the purity and simplicity Apple otherwise exudes. Look, I get that those add-ons are useful in terms of marketing and product differentiation for uninitiated first-time buyers, but they've outlived their functional and stylistic utility. As this iDevice convention continues, potential names will grow to ever more perplexing proportions. In a few short years, we'll all be awaiting the release of the iPhone 11S 5G or the iPad 7 UD, and, eventually, these brand-diluting, unwieldy suffixes will be nothing more than hokey-pokey parodic fodder. Check out Joe's article in support of the yucky (and completely generic) "HD" dubbing, and you'll get an idea of the unstable, impermanent ground upon which Apple's naming trend teeters:

...Apple would save face in a sense by using the iPad HD – rather than iPad 2S – name. After all, the name of its “S” iOS devices kind of point towards the fact that the devices themselves aren’t major upgrades, which in a sense – and to a small extent – could devalue the product. The “iPad HD” name achieves two things: it steers Apple away from the iPad 3 title (which, as we have mused, requires a new design), but still the iPad HD name maintains an impressive title which, in this case, points towards the tablet’s single-greatest feature.

I don't like it. Not one bit. If Apple uses the common -- and, importantly, untrademarkable (read "unprotectable") -- "HD" moniker, it'll do nothing but invite further legal copycatting as manufacturers bolt another comfy seat to Apple's mindshare coattails. Heck, if they did it with "4S," they'll do it for anything. Samsung doesn't make a Galaxy Tab HD yet, but, after tomorrow, they very well might. (As a side note, Apple doesn't even need the designation to advertise its Retina display. That's why the Retina name exists! If the iPhone 4 pulled it off, the next-gen iPad can, too.) And what would happen to next year's iPad? Would it also bear the "HD" tag? It's bound to have the same screen on board, so maybe it'd be called iPad HD 2. Or, perhaps, iPad 3 HD? Of course, if Joe's logic is sound (it is), wouldn't Apple save that precious "3" for a complete redesign? And if so, a redesign to what? How much different is an iconically simple, wide-bezeled, rounded rectangle likely to get? By these rules, would any logical external adjustment be enough to bump that number up a notch? I doubt it. And all the above goes for the iPhone, too. The iPad is certainly further along the road to design finality than its little brother, but, after this year's (possibly four-inch) iPhone 5, how much more wiggle room to change will the latter actually have? My suggestion is simple: Apple, drop the extra stuff. All of the fluff. Forever. You got it right with the iPod touch, and you can get it right for the rest of your iDevice lineup. A little "x-generation" indicator on the floor model display ticket or online product description should be enough to get the point across, and everyone who wants a new iPad or iPhone will know to get the newest one available. With a predictable yearly cycle, it won't be difficult. After all, I don't drive a "Nissan Frontier 15 4X4," I drive a Nissan Frontier. If you ask what year it is, I'll tell you 2011. It's different from the 2010, and it's different from the 2012. But it's still a Frontier, just like the iPad's still an iPad and the iPhone's still an iPhone. All Apple has to do is simplify the official names. iPhone and iPad are the two most popular brands in global consumer tech; there's no need to keep muddying the water. Still, like Joe said in quoting his countryman, "A rose by any other name would smell as sweet." Whatever it's called, I just can't wait to get my hands on that third-generation iPad. 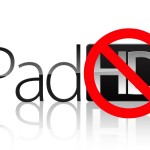 Just Call It An iPad And Call It A Day

Just Call It An iPad And Call It A Day
Nothing found :(
Try something else