You are using an outdated browser. Please upgrade your browser to improve your experience.
by Bryan M. Wolfe
March 28, 2012
Apple CEO Tim Cook’s visit this week to China is taking on added significance. The Wall Street Journal today reported Cook met with senior Chinese Leader Li Keqiang this week to discuss strengthening ties in a market Apple has long neglected. According to the report, Cook is visiting China to discuss greater cooperation between the world’s most populous nation and Apple, as well as intellectual property issues, like the ongoing Proview lawsuit against Apple. In addition, Cook is said to have commented that Apple would increase its investment in the country. According to state-run China Central Television, Cook and Keqiang meet at Zhongnanhai, the closely guarded compound that houses China's top leaders. Keqiang is expected to become China's next premier. Cook’s visit to China is a first for an Apple CEO, as Steve Jobs never visited the country. However, this isn’t Cook’s first visit to the nation. In 2011, Cook visited with China Mobile officials when he was Apple’s COO. What these meetings mean for Apple is unclear, as the company has provided no comment on the details behind Cook’s specific meetings. Still, we’ve got some ideas. For one, Apple could be setting the stage to announce more Chinese production capacity. For another, perhaps the company is readying its supply chain for the long rumored launch of an iTV. With nearly 1.3 billion people, China should be a place Apple looks to for more growth. This week’s visit by Cook shows that Apple knows this too. What would you like to see come from Cook's visit to China? 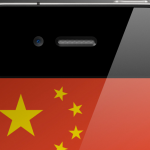 Mr. Cook Goes To China, But What Will He Bring Back?

Mr. Cook Goes To China, But What Will He Bring Back?
Nothing found :(
Try something else