You are using an outdated browser. Please upgrade your browser to improve your experience.
by Lory Gil
March 7, 2012

MASS EFFECT™ INFILTRATOR ($6.99) by Electronic Arts is the companion mobile game from the hugely popular franchise. While this iOS app is not exactly comparable to the newly released Mass Effect 3, it is a beautiful example of what mobile gaming has become. 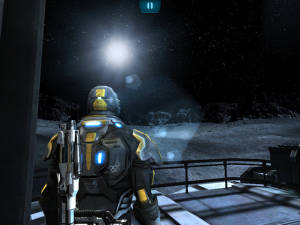 Instead of following Commander Shepard as he battles Reapers, players control Cerberus agent Randall Ezno as he fights against a mad scientist-type enemy who has been performing some creepy experiments on fellow soldiers.

Unlike the console Mass Effect franchise, storyline is not a big part of the game. It can best be described as a series of mini games that follow a plot. Players receive some kind of transmission and enter an environment where they are attacked by Geth Troopers and the like. Once the area is cleared, the game saves and it is on to a new mission. Because this is more of a shooter game and less of a storyline game, many Mass Effect fans will scoff at what Infiltrator has to offer. Separate from the franchise, this is one of the best looking games available for the iPad. I think it did a disservice to this game to call it Mass Effect. There will be a lot of naysayers who will dismiss it just because it is not as breathtaking and epic as the console game.

If you take away the branding that is attached to this game, it becomes a top-quality app for the iPad. The gameplay is smooth and the action is packed. Visually, it is remarkably well designed for an iOS game.

The game mechanics are less than stellar. Since it is a “Duck and Cover” game, players must duck behind walls and tables for protection and aim at the enemy by tapping him from behind the cover. Once selected, players can then shoot to kill. However the duck mechanics put the player in awkward positions where they can’t access enemies that are practically right in front of them, or are exposed to incoming fire because they have to move to the open to be able to aim and fire at opponents.

One feature that Mass Effect 3 owners will like is the ability to collect “Intel” that can be uploaded to a player’s “Galaxy At War” account through the Origins website. This Intel helps improves a player’s “Galactic Readiness,” which will transform the end-game outcome. It is not something that can only be done through this app, but one of a couple of different ways that players can influence the epic battle results for Galaxy At War. If you don’t have a copy of Mass Effect 3, and aren’t planning on getting one, you can trade your Intel for credits that can be used to purchase weapons, armor and upgrades.

Credits can also be bought with real cash through in-app purchase, but that kind of defeats the point of the game, since players earn credits for style, speed and ability to not get harmed during each mission.

This game is beautiful, action-packed and fun to play. Mass Effect fans may barf all over this companion app, but it is definitely one of the most epic games available in the App Store right now. The $6.99 price tag is a bit hefty, but not an unreasonable price for a game like this. If you're looking for a new three-dimensional action shooter that looks amazing, you’ve found it. If you’re looking for a seven-dollar version of $60 game, you are living in a fantasy world and I have a unicorn I am willing to sell you for cheap. 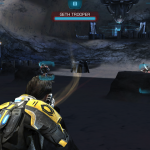 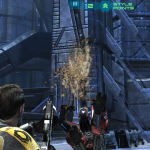 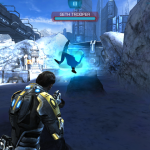 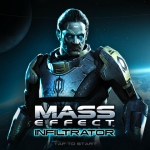 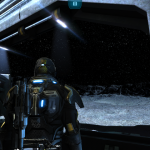 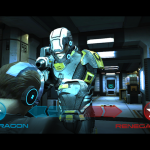 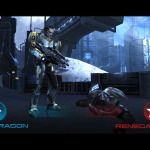 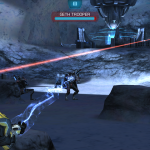 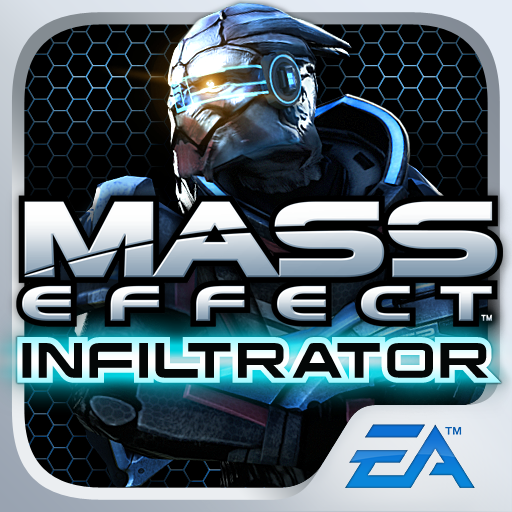 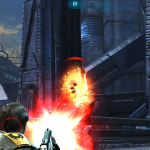 Mass Effect Infiltrator, Not The Same As Mass Effect 3 But A Fantastic Companion App

Mass Effect Infiltrator, Not The Same As Mass Effect 3 But A Fantastic Companion App
Nothing found :(
Try something else