You are using an outdated browser. Please upgrade your browser to improve your experience.
by Bryan M. Wolfe
March 12, 2012
The new iPad arrives for millions of buyers at the end of this week. While Apple’s latest tablet will include a Retina display, an impressive A5X chip and much more, it won’t include Siri, the voice assistant software available solely on the iPhone 4S. Why didn’t Apple move Siri to the new iPad? Here are some thoughts. Wi-Fi Only For one, Siri only runs with a connection. Because of this, those Wi-Fi only iPad users would be out of luck when out and about without an Internet connection. For this reason alone, Apple might not want something so essential to the iDevice experience to be inoperable much of the time. For example, what would Siri say? "Sorry, I'm not here right now?" Or maybe just nothing at all? Certainly neither message would add to the experience in a positive way. License Fees Much of the information Siri uses comes from Wolfram Alpha, which Apple uses through a license. Perhaps the costs associated with this are too high at this point, making it impractical. Plus, Siri accounts for about a quarter of the queries fielded by Wolfram Alpha. And these numbers are likely rising. Ultimately, maybe Wolfram Alpha couldn't handle the increase in demand, at least at this time. What about integrated apps? Much of what makes Siri special on an iPhone 4S is the application's GPS tools. For example, Siri is great at directing users to and from a location, like a gas station or place to eat. On an iPad, needing this type of information is less important. The iPad is primarily an entertainment device. For Siri to arrive on the iPad, further entertainment integration is key. For example, Siri 2.0 should include the ability to bring up current news or sports scores, or up-to-date television or movie listings. Until those are available, having Siri on a tablet doesn't make much sense. Developer testing Apple typically wants developer input on new software ideas and does so by releasing iOS betas. The current iOS 5.1 didn't include Siri for iPad information in any of the three betas made available to developers by Apple. I'd expect a future iOS beta release (iOS 6?) to include Siri capabilities first before they'd be made available to the general public. Dictation While Apple didn't include Siri on the iPad, the new tablet does include voice dictation. Users are able to use the microphone button on the new tablet to dictate an email, tweet, or any other message. Not quite Siri, but certainly a step in the right direction. Money Finally, the good old dollar is one of the main reasons Apple didn’t include Siri on the company’s latest tablet. Apple sells more iPhones than iPads. And with those iPhone 4S sales come carrier kickbacks not available on the tablet. Therefore, rather than move Siri to the iPad at this time and dilute the Siri brand, Apple is keeping it exclusively on the current generation iPhone and advertising that point on television and on the Web. Summary Siri isn't perfect; even on the iPhone 4S it is largely a beta product with room to grow. So before putting a half-baked version of its voice recognition software on the iPad, Apple is most likely zeroing in those features that are much more important on the tablet, versus those for the iPhone. Sure this tinkering will take time; in the end, however, we'll have a much better product than one that would have been rushed out the door. What are your thoughts? Should Apple have included Siri on the iPad right now or did they make the right decision? 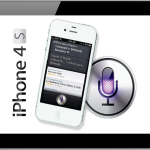 Some Thoughts On Why The New iPad Is Siri-Free

Some Thoughts On Why The New iPad Is Siri-Free
Nothing found :(
Try something else