You are using an outdated browser. Please upgrade your browser to improve your experience.
by A.T. Faust III
April 10, 2012
Yesterday's announcement of Facebook's agreement to acquire Instagram for a staggering billion bucks and change has elicited the veritable gamut of emotion from users, bloggers, analysts, and watchdogs the world over. Just a day into the uproar, CNET's Declan McCullagh has laid out the basics of the deal's privacy implications, although -- without knowing exactly how Mark Zuckerberg plans to integrate the popular photo network into (or alongside) his even more popular social network -- it's far too early to tell exactly how everything's going to play out. Naturally, any time privacy issues arise on the Internet, there's an immediate and aggressive deluge of disgust for the perceived violator. Whether innocent or guilty, moral or not, outrage is dealt on potential rather than proof. It's happened before, and it's happening again. Says McCullagh,

Twitter has been deluged with Instagram users turned insta-quitters, who griped: "I hate Facebook and the lack of privacy now I have to remove my pics before I can't." And: "You know what Instagram was missing? Ads and privacy invasions. All it took was 1 billion dollars to make that happen." Traffic is spiking to Web sites that let you leave Instagram and take your photos with you.

Of course, Facebook hasn't exactly been a bastion of trust when it comes to protecting personal information, and it's a sure thing that Instagram's previously strict stance on user privacy is going to change considerably. That, according to McCallagh's piece, is the rub:

"The larger issue to me is that Facebook is adding Instagram data to its own," says Ryan Calo, a privacy researcher at Stanford University's Center for Internet and Society. "Instagram users thought they were signing up for a simple service, of relatively little utility to advertisers or government. Now that data is likely to be combined with an entire social graph." ... Instagram's current policies are privacy-protective: the company pledges not to "disclose personally-identifying information" except to employees, contractors, and so on. But in what one privacy lawyer told CNET was a glaring oversight, the privacy policy doesn't actually spell out what happens in an acquisition.

The professional consensus, however, is that whatever terms were in play when users first signed up with Instagram (or accepted prior to the company's sale) will still be enforced for all existing content; only new data posted through Instagram is subject to whatever altered terms Facebook enacts. So, in at least one regard, all this panic and rush to save and remove photographs from Instagram's service is probably premature. I wouldn't call it paranoid by any stretch of the imagination, but yesterday's developments don't warrant too much worry. MacStories' Federico Vittici said it best in his insightful discussion published mid-afternoon Monday:

If you are using Instagram on a daily basis, and you are sending all your photos to Facebook, then maybe this announcement won’t change anything, and perhaps you’ll enjoy some new Facebook-only perks too. If you are concerned about privacy, think Instagram has no way to work as a Facebook product, or generally don’t like the idea of a "Facebook owned" service, then you are perfectly justified to delete your account.

That's perfectly reasonable. But all this unpleasantness is a mere symptom of a much larger issue, one that -- like some zombie phoenix horse from hell -- has been beaten and killed only to rise, rinse, and repeat time and time (and time) again. I'm talking about the flawed notion of privacy itself. See, the Internet is a public place. It is, in fact, the most public place I can think of, and achieving real anonymity online takes a tremendous amount of proaction and talent. Securing the many private aspects of a public digital persona is even more difficult; once you put yourself out there, you've given up all control of where, when, why, and how that data is collected, scrutinized, and used. But just because I don't believe in the fundamental right to (unequivocal) privacy on the Internet, that's not to say I think that's the way it should be -- I don't! Rather, it simply means I see no evidence that online privacy actually exists. Certainly, this is a complicated and touchy topic, and I share the desire to enjoy every connected service without fear of misplaced or misused personal data. I just don't think that's a viable expectation. At least, not in every single circumstance. Any free service, which is where I draw this particular line, should be immediately questioned. And, regardless of said service's stated intentions, all users deciding to jump in should make it their duty to proceed with caution. Every member of the informed public knows the old rule about those fabled free lunches, and any time a service in general -- and a social network in particular -- makes itself available for nothing, it's incumbent on all prospective users to piece together the reality of its revenue model and add mental quotation marks around that aforementioned, italicized price of entry. Plus, privacy isn't always as beneficial as most folks seem to think. There have been essays ad nauseum about the merits of benign data harvesting and its influence on the efficiency and commerce of the connected Web. Perhaps the reality for which we should all aim lies somewhere in between full lockdown and free-for-all. Personally, I'm pretty happy for the guys and gals at Instagram -- all 12 of them! While the privacy debate will rage on as long as two or more people link up through remotely routed zeros and ones, it's important not to overlook the potential of Instagram's Facebook future. Who knows? If we're lucky, maybe Instagram's dedication to privacy will rub off on its new parent company. Don't count on it, but don't count it completely out, either. At any rate, at least we'll probably get something better than this out of the ten-figure deal. 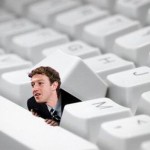