You are using an outdated browser. Please upgrade your browser to improve your experience.
by Christine Chan
April 29, 2012

Dark Sky ($3.99) by Jackadam is a unique weather app that focuses only on one thing: rain (and snow). While this may not be as big of a deal for hot and dry areas, it is pretty useful in other areas that actually do get storms quite often.

This originally started out on Kickstarter and was funded successfully, so there was actually demand for such an app. And it's great that there was, because now you can have your own short-term weather predictor. 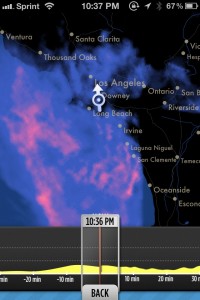 I didn't hear about the original Kickstarter campaign, but I did hear about the app once it was released. I looked at some screenshots and was fairly impressed with the overall design of the app. It's beautiful, simple, and presents the information in a clear and concise way. The radar view it utilizes is also much more interesting to look at than your standard radar in other apps, such as the Weather Channel app.

Once the app is launched, it will prompt you for your current location. If it’s not raining, the app will say “Clear skies are boring!” and give you a random location (that is currently getting rain) to view. However, if you’re in the middle of a storm, you’ll find very useful information on the main screen of Dark Sky.

The top of the screen will have a button for a radar view of the storm. You can pan the map around, and the bottom will have a timeline of the next hour, and the app’s predictions on how much rain will fall. The yellow area represents the strength of the prediction — if it is faltering, then it may not be as accurate as another section that appears to be solid.

These prediction levels will also show up on the main screen of Dark Sky. Underneath, you will see the current status of the weather (Now), and the app will tell you how the next hour will be as well.

Of course, what use will the app be if it just says “rain” only? That’s the best part of Dark Sky — fairly accurate readings and very descriptive conditions. It will say something more like “Light rain” and “Light rain stopping in 11 minutes, starting again 15 minutes later,” or “Heavy rain” and “Rain for 55 minutes.” If you need to know when is a good time to do something outside before the rain comes back, then Dark Sky is a great utility app to do that. It will give you hour-by-hour information on the storm, so you’ll never be caught off guard. 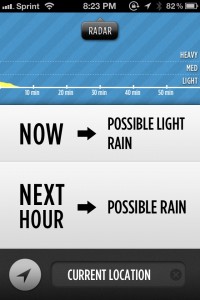 If you have viewed multiple locations in Dark Sky, you can easily access the past cities by tapping on the current location.

Dark Sky is quite a niche weather app, since it won’t give you a daily forecast, and it’s quite useless if you live in a place where it never rains. I’d also be careful if you want to use Dark Sky in somewhere such as Seattle, because I hear that Seattle rain can be quite fickle, and perhaps Dark Sky can’t always be accurate (it’s only a predictor, after all).

If you do live in a place where rain is not a surprise, then make sure to give Dark Sky a try on your iPhone or iPad. You never know — it may really help you out in the long run 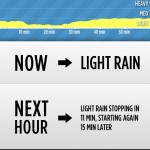 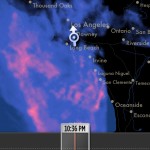 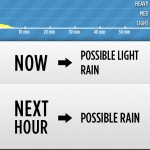 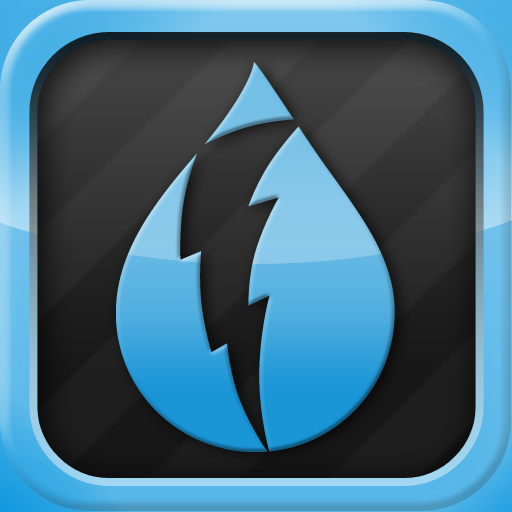 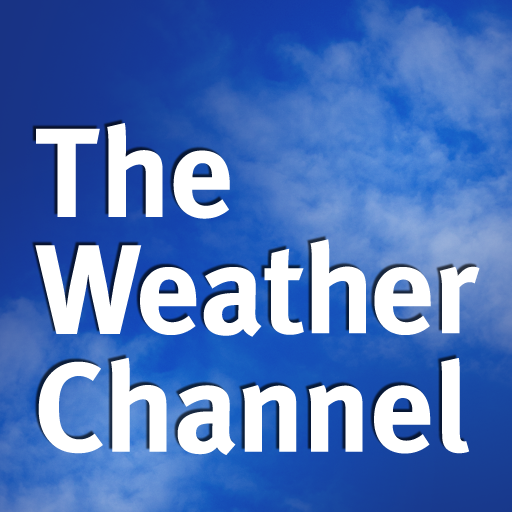 Don't Be Caught Off Guard When The Storm Arrives With Dark Sky
Nothing found :(
Try something else