You are using an outdated browser. Please upgrade your browser to improve your experience.
by Bryan M. Wolfe
April 18, 2012
The back of the sixth generation iPhone could be made of super-durable Liquidmetal alloy, not glass like its two predecessors, according to AppleInsider, which quotes sources from Korea IT News. Created exclusively by Liquidmetal Technologies, the metal (which is obviously solid at room temperature despite its name) is said by its developers to be hardwearing and able to withstand thermal cycling. Coincidently, since 2010, Apple has owned the exclusive rights to use the material in electronic products. To date, however, Apple has only used the alloy once, when it created an iPhone SIM card ejector tool. While the Korean report could be sound, it also concludes that the next iPhone would be released in June. More recent reports suggest Apple will release their next handset later in the year, as it did with the iPhone 4S in October. Apple paid Liquidmetal $20 million for the exclusive rights to use the alloy. Would Apple be wise to use this new metal on the new iPhone, or should they stick with glass? (Photo: Gizmodo) 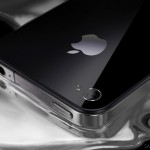 Is Liquidmetal In The iPhone's Future?

Is Liquidmetal In The iPhone's Future?
Nothing found :(
Try something else