You are using an outdated browser. Please upgrade your browser to improve your experience.
by Lory Gil
April 13, 2012

Cutlass Cove ($0.99) by Cheeky Mammoth is a pirate themed shoot ‘em up game that lets you hunt for booty, sink navy ships and make the Cap’n walk the plank. Make sure you learn which side of a boat is starboard and which is port before setting sail. 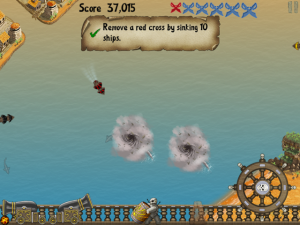 Players control their very own pirate ship. The goal of the game is to sink as many ships as possible and steal all the booty. The more ships you sink the higher in ranks you become. There are 60 different objectives to achieve that will increase your point multiplier, making it easier for you to win.

Players move their ship by tapping on the left or right side of the steering wheel. Don’t drag your finger in a circle to rotate it, just touch one side or the other and the wheel will turn automatically. While sailing around in the bustling cove, players shoot cannonballs from the starboard and port sides of the ship at passersby. There are merchant ships, Navy ships and rival pirate ships. The Navy and pirate ships attack back, so be sure to sink them first. Rival pirates will try to steal the treasure from merchant ships before you do, so don’t give them the chance to get close enough to attack.

In addition to the regular cannonballs, there are three bonus balls that deal additional damage. Molten shots release multiple fiery cannonballs, hitting a couple of enemies with one blow. Venom shots spew acid in their wake. Crimson shots knock crewmen overboard before sinking a ship so you can watch them become shark bait in the watery depths.

There are also four special munitions weapons including powder kegs, which are dropped in the water so that other ships explode when crossing over them.There is also a trawling net, which slows any ship that gets caught in it, making aiming much easier.

There are four voodoo spells that players can cast to really mix things up. For example, the “Hand of Davy” is a spell that will cause the ocean to come alive and drag ships to the ocean’s floor.

This game is well made and fun to play. My only complaint is that I can’t figure out what causes my ship to sink and the game to end. There are six sets of crossed pirate swords in the upper right corner of the screen that “fill up” and turn red while playing. Sometime, sinking ships will reduce the level of red, but there is no information to explain why the crossed swords turn red in the first place. It doesn’t have to do with how many times you get shot, or whether you miss your target. When all six crossed swords turn red, your game ends.

Overall, this is a very entertaining twist on the typical shoot ‘em up genre. Players get to be a swashbuckler and plunder their way to vast treasures and high ranks. The price is a bargain at only $0.99. The only problem is figuring out why you lose the game. If the developers are reading this, let us know in the comments. Why do the crossed swords fill up with red? 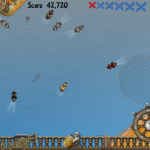 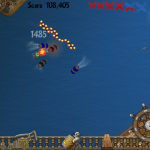 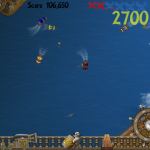 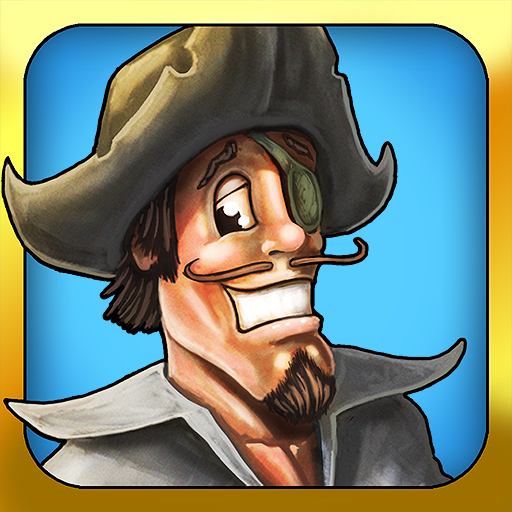 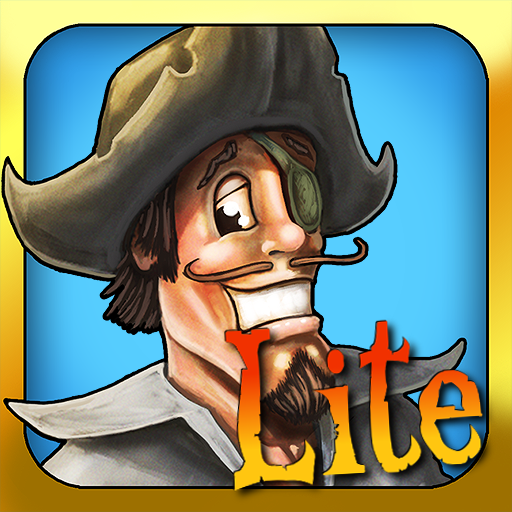 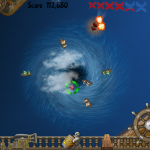