You are using an outdated browser. Please upgrade your browser to improve your experience.
by Juli Clover
April 5, 2012

On The Wind ($1.99) by Don't Step On The Cracks is a game that I would stick into the endless runner category, though there’s no running, and no runner. It’s a game where you control the wind, moving endlessly forward through the seasons, picking up leaves, planting flowers, and whispering through the trees.

The goal in On The Wind is to take control of a light breeze that drifts over the trees, grabbing leaves as it goes. You must get the wind as far as you can, but in order to do that, you need to have at least one leaf at all times or the wind dies down.

Gameplay will consist of dragging your finger or thumb (iPad only) along the screen, through trees and over the ground, picking up leaves as you go. It’s important to pick up leaves often, because as you progress, they drift off on the breeze. 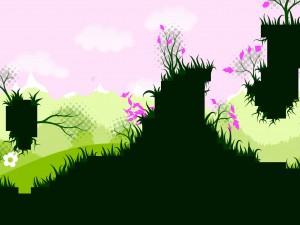 Leaves that touch the ground turn into flowers, which will keep the wind going for a moment. This a handy feature for when leaves are sparse and you need to get to the next section. Flowers are also necessary for earning a high score and completing achievements.

The game starts during the spring, when there’s plenty of leaves to be had, and then moves through summer, autumn, and winter. In autumn, leaves start getting sparse, so the game gets a lot more challenging. Each season lasts a total of 60 seconds. 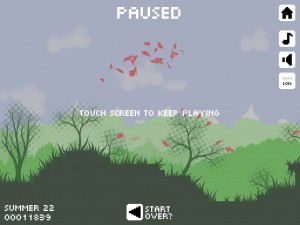 There are only four seasons in total, so this is a short game, but it’s procedurally generated so the layout is different every time. There are also lots of tricky achievements (collecting every leaf seems next to impossible to me) to earn, which will give players a task to work on.

This is designed to be played in short bursts, and it’s well suited to that type of gameplay, but I would love to see an endless mode incorporated into the gameplay at some point. I had a bit of trouble with the controls on my iPhone - my finger kept getting in the way of the leaves, but this was eliminated with the high sensitivity thumb control on my iPad.

Though On The Wind is a simple game, I loved it for its no frills gameplay and the juxtaposition of its soft, floral graphics with the pixellated background. Its gorgeous aesthetic and unique gameplay make it well worth the $1.99 purchase price. 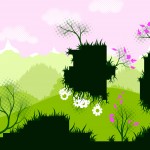 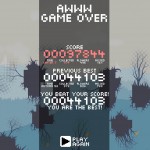 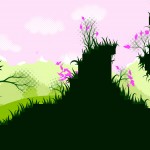 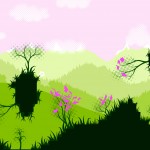 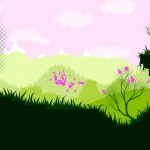 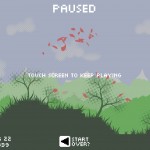 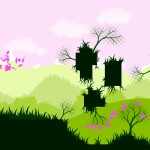 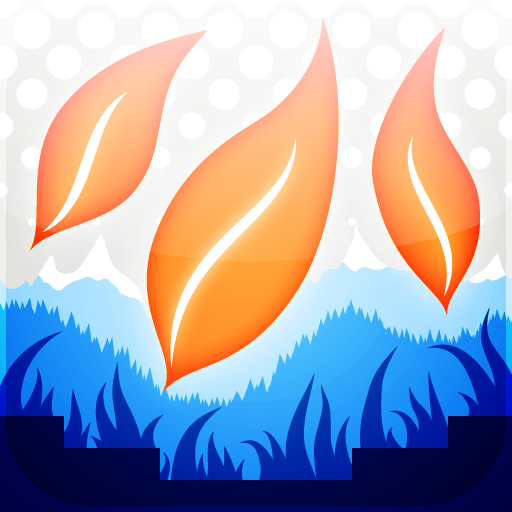 On The Wind
Don't Step On The Cracks

Be The Breeze And Guide The Leaves Through The Seasons In On The Wind
Nothing found :(
Try something else