You are using an outdated browser. Please upgrade your browser to improve your experience.
by Juli Clover
April 11, 2012

Zombie Outbreak Simulator ($1.99) by Binary Space is an app that will prepare you for the upcoming and inevitable zombie apocalypse by combining a simulated zombie virus outbreak with Google Maps.

Will the zombie apocalypse feature fast moving zombies or slow shamblers? Will they attack in a well populated city or a rural area? Will the people be well armed or delicious sitting targets?

You can plan all this and more with the Zombie Outbreak Simulator, testing several different scenarios by selecting specific parameters and watching the carnage play out. This app may be in the games category, but it’s more of a simulation than an actual game that you play. 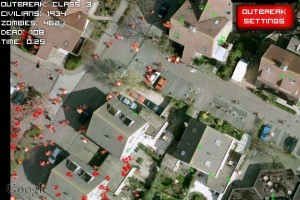 Players can choose the number of civilians, the percentage of civilians that are armed, their accuracy, the number of zombies, zombie speed, infection time, and the number of police. There are several different settings for each option, so there’s quite a few zombie attack combinations to experiment with.

After picking your parameters, you can see the effects play out using Google Maps. The civilians show up as green dots, the zombies are red, and the police are blue. Will the civilians be able to fight off the zombie invasion? Only time will tell as you watch each scenario.

You can zoom out to see the full battlefield, or zoom in to see the action up close, watching as the civilians and the police force attempt to get the outbreak under control. It’s quite fun to watch the carnage play out, though I do question the accuracy of the app.

In a real zombie apocalypse, while there would be widespread panic, I suspect many people would be smart enough to hide out or attempt to get out of town rather than running around aimlessly in the streets, as they seem to do in the Zombie Outbreak Simulator. 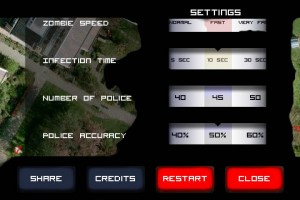 Accuracy qualms aside, this is a fun app to play with for a few minutes, but I fail to see how this is going to interest anyone long term. There’s essentially no gameplay; you’re just setting parameters and watching what happens.

Since this game pulls images from Google Maps, it requires an active Internet connection to play. It would be improved if I could choose the map, picking, for example, a map from my own neighborhood.

As it stands this is a good time waster and fun to experiment with for a short period of time, but it is absolutely overpriced at $1.99. This is an $0.99 app at best, so I’d wait for a sale before picking this app up. 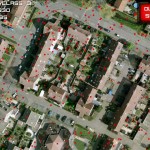 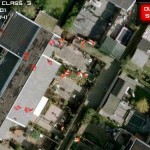 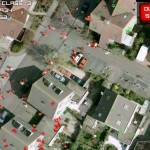 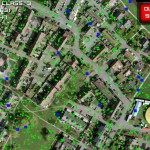 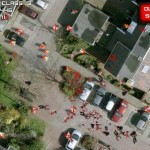 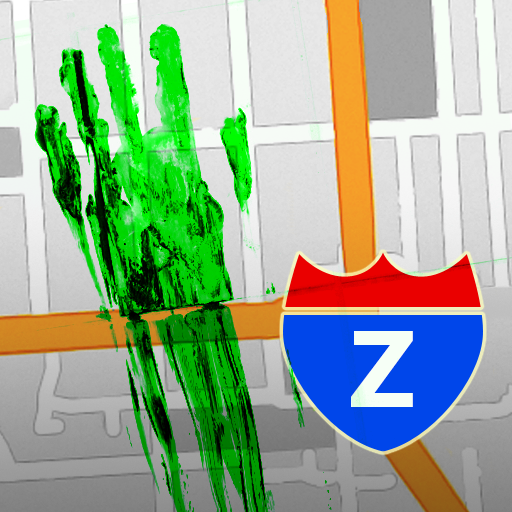 Prepare For The Inevitable Zombie Apocalypse With Zombie Outbreak Simulator
Nothing found :(
Try something else