You are using an outdated browser. Please upgrade your browser to improve your experience.
by Lory Gil
April 30, 2012

The Pyramid ($0.99) by Kuneko is a puzzle game for the iPad and iPhone/iPod touch that tests your joystick skills more than your mind power. Time your escape well or risk the perils of the ancient tombs of Egypt. 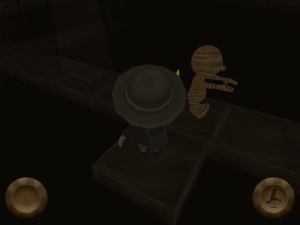 When I hear the word “puzzle” I think of physics-based games that require you to aim something in a specific way in order to cause a chain reaction to earn points. Or, I think of games where logic and intellect are the most important skills for winning. In The Pyramid, puzzles are more of a physical game than anything else. Each tomb is full of booby traps and you must race against time to grab the ankh and get out of there before the mummy gets you.

The game starts off with a tutorial section that consists of 15 levels. Each one presents a different trap that players will encounter throughout the game. The next section is “Very Easy,” which also includes 15 levels. Each section gets slightly harder, culminating with “Very Hard.” Players must complete all levels in each section to unlock the next.

Players control the character with a virtual joystick and jump button. The movement is slow and concise. This is not a fast-paced game, but a game for methodical calculation of what to do next.

The character walks along a narrow path that is suspended above what seems like a bottomless pit. If a boulder comes rumbling down the path, or a mummy is headed your way, there is no escape but to make it to the next turn before getting caught. There are spiked walkways, disappearing blocks, bridges from nowhere and deadly spiders.

This game seems like it is geared for children. The easy levels are so simple that kids who are not experienced with basic gameplay will be able to pick up the movements fairly easily. When the character dies, either by spider bite, mummy attack, or by some other horrifying way, there is no blood or gore. The character simply lies down and the level starts over.

One thing that is a bit irritating about this game is how dark it is. I understand that the character is supposed to be in a tomb, but the dim lighting can be hard on one's eyes. Especially for old fogies like me.

Although the graphics are simple and the game doesn’t take much effort at first, it is still entertaining. Players must jump through plenty of hoops to get to the precious ankh and back to the elevator before the traps are sprung. I’d like to be able to play some of the harder levels without having to drudge through the tutorial and easy sections first. The game is only $0.99, and not a waste of money. 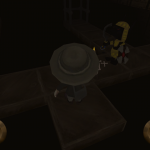 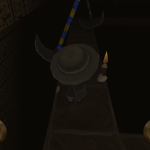 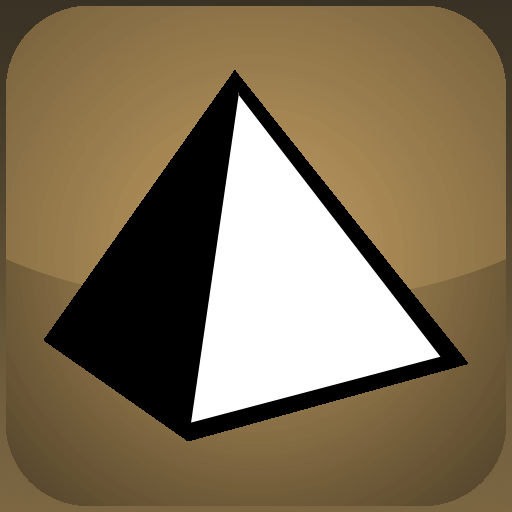 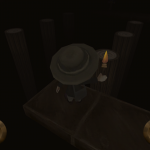 Escape The Perils Of Ancient Mummies In The Pyramid

Escape The Perils Of Ancient Mummies In The Pyramid
Nothing found :(
Try something else