You are using an outdated browser. Please upgrade your browser to improve your experience.
by Dave LeClair
April 1, 2012
We first reported on the possibility of an Angry Birds cartoon over a year ago, and while there are a couple of short cartoons, the actual series has not happened as anticipated. It looks like that is going to change, as Rovio’s Head of Animation, Nick Dorra has revealed some of the plans for the potential cartoon at the MIPTV conference. According to Dorra, they plan to launch a weekly animated series starting sometime in the fall of this year. There will be 52 episodes in all. Each will be approximately three minutes long. At this point, they plan to distribute the series through an application, but Rovio is actively seeking other ways of putting the series in front of as many eyeballs as possible. They are working on partnerships to make the cartoon available to the most widespread audience possible, although Dorra did not go into specifics about who they might be working with. Rovio recently acquired an animation studio called Kombo, so clearly animation is a huge part of their plans going forward. In fact, according to Dorra “Animation is the forefront of what we’re doing with our brand.” These short cartoons are just the beginning of animation for Rovio, although they wouldn’t go into specifics about their future plans. I think it is only a matter of time before we see Angry Birds cartoons on television, but only time will tell. Unrelated to the TV show, Dorra also made it clear that not all content for Angry Birds Space will cost money. For everyone concerned that the game came with a pay level pack, they have plenty of free expansions coming, so do not panic. Do you think Angry Birds will be the big cartoon for the next generation, or do you think it is a phase that will fizzle out? 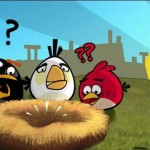 Rovio Is Finally Going To Make A Weekly Animated Angry Birds Series A Reality
Nothing found :(
Try something else