You are using an outdated browser. Please upgrade your browser to improve your experience.
by Bryan M. Wolfe
May 2, 2012
Scott Forstall, Apple’s Senior Vice President for iOS Software, is a lot richer this morning. Yesterday, the Apple guru, who some believe could be Tim Cook’s successor as CEO, sold 95 percent of his Apple shares. His take: a cool $38.7 million, according to Fortune. According to a filing with the SEC, Forstall sold 64,151 shares at prices ranging from $601 to $605. The shares were the remains of a 120,000-share retention bonus Forstall received by Apple in 2008. He sold 55,849 shares on March to pay taxes. In total, Forstall now holds 2,988 shares of Apple, worth approximately $1.8 million. Before anyone worries that Forstall is about to bolt Apple, keep in mind that additional company shares are coming his way in the future. In 2010, Forstall received 100,000 restricted stock units (RSUs) that mature in 2014. In addition, 150,000 additional RSUs were given to him in 2011. These vest in equal parts in 2013 and 2016. He will only get these 250,000 shares if he stays with the company. Assuming Apple shares remains at $600 per share (some believe they could hit $1,000 per share), Forstall could receive as much as $150 million within the next few years. A graduate of Stanford University, Forstall came to Apple from NeXT in 1997 when Steve Jobs sold the company to Apple and returned to the company he founded. His yearly salary is $700,000. In 2011, Forstall demonstrated Apple's new Siri voice recognition technology at the company's iPhone 4S event. He also helped create OS X's Aqua user interface. Was Forstall right to sell his shares now or should he have waited? 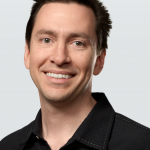 Apple Exec Sells 95 Percent Of His Stake In Apple

Apple Exec Sells 95 Percent Of His Stake In Apple
Nothing found :(
Try something else