You are using an outdated browser. Please upgrade your browser to improve your experience.
by Bryan M. Wolfe
May 1, 2012
Perhaps Facebook’s Mark Zuckerberg was right and Instagram is worth the $1 billion his company paid for the photo-sharing app. Just weeks after becoming the social networking giant's latest acquisition, Instagram is adding 5 million new users per week, according to Mashable. Since being purchased by Facebook on April 9, Instagram’s customer base has grown considerably. At the beginning of 2012, the service had 15 million users; by April 1, that number had grown to 30 million. Two weeks after that, Instagram had surpassed 40 million users. Today, that number has risen to 50 million users.

So who are those new users?

Since Facebook announced the acquisition, Instagram has moved beyond iOS and is now available through Google Play. Still, since that time, the photo-sharing app has also hit number one in the App Store. With this in mind, Mashable suggests Instagram’s most recent signups are dividing “fairly” equally between Android and iOS. First released exclusively for iOS in October 2010, Instagram was named Apple’s “App of the Year” for 2011. Are you surprised Instagram is on fire, despite now being part of Facebook? 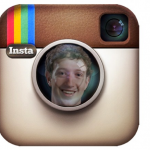 Facebook's Instagram Adding 5 Million New Users Per Week
Nothing found :(
Try something else