You are using an outdated browser. Please upgrade your browser to improve your experience.
by Bryan M. Wolfe
May 10, 2012
Last fall, the technology world was proclaiming that a true iPad competitor was born in Amazon’s Kindle Fire. However, six months after the tablet arrived, its popularity has waned almost to the point of obscurity. Apple’s lower priced iPad 2 is to blame, says All Things Digital. First launched in November, the Kindle Fire was touted at the time as an “iPad killer” mainly because of its price, $199. For the first time, consumers could use apps, watch movies, and surf the Web on a tablet for $300 less than the entry-level iPad ($499). While holiday sales for Amazon’s tablet were good, they have dropped significantly since then, from 4.8 million units in the fourth quarter of 2011 to just 750,000 units last quarter. In contrast, Apple sold 11.8 million iPads during the same time period. Most troubling for Amazon, the Kindle Fire’s share of the tablet market went from 16.8 percent to 4 percent worldwide. The iPad’s share rose to 68 percent from 54.7 percent.

While a number of factors could have led to the tablet’s quick dive, the most significant reason seems to be Apple’s decision last year to introduce a $399 iPad 2.

In other words, Amazon’s decision to release a tablet to take on Apple could have brought the Cupertino, California-based company more, not less iPad sales. As Barclays analyst Ben Reitzes suggests:

The lower priced iPad 2 has seemed to offset some of the original threat of the lower priced Fire. Many consumers seem willing to pay $399 for a feature packed tablet with a strong and developed ecosystem rather than $199 for a relatively underpowered tablet.

Despite current circumstances, don’t count Amazon out just yet. Remember, Amazon still sold nearly 5.8 million tablets in five months. Plus, some would-be Kindle Fire buyers might not have jumped to Apple, but rather are waiting for a second-generation Kindle Fire model to arrive, which could be as early as this month. For their part, Apple could use their improved and dominant market position to lower prices further or release the long-rumored iPad mini. Why do you think the Kindle Fire’s light extinguished so quickly? Was it caused, in part, due to Apple’s iPad 2 pricing strategy or is something else to blame? 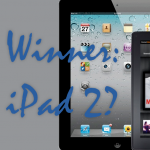 Is The iPad 2 What Slowed The Kindle Fire?

Is The iPad 2 What Slowed The Kindle Fire?
Nothing found :(
Try something else