You are using an outdated browser. Please upgrade your browser to improve your experience.
by Lory Gil
May 8, 2012

Twitpic (Free) by Twitpic Inc is a social networking app that lets users post their every movement to Twitter with just one click. Now, the whole world can know what you look like when you wake up in the morning. 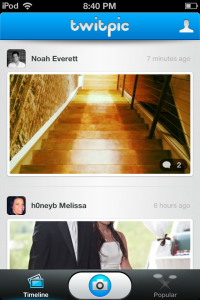 TwitPic was one of the first, and certainly the biggest, application for posting images to Twitter in the early days of its development. However, over the years, mobile applications which let you send pictures directly to Twitter have flooded the App Store on a regular basis. TwitPic is a little late to the game, but they’ve got their rally hats on and are not ready to give up the ghost.

To start uploading pictures to Twitter through TwitPic, simply log in and start snapping photos. If you already have the official Twitter application, this app will access it to find all of your accounts. When I first logged in, the only account that showed up was @appaholik, but I opened my Twitter app and added my personal account to the list. When I went back to TwitPic, I was able to see both accounts. I’m not sure how it accesses your accounts if you don’t use Twitter’s official app. It is likely that it connects through your browser.

Within this app, you can see your TwitPic timeline, as well as the most popular TwitPic images on Twitter. It is important that you understand that the images within this app are not from Twitter. They are specifically from images that have been posted through the TwitPic application in the past. If your profile doesn’t show any images, it is probably because you’ve never used TwitPic to post them. Additionally, if you don’t see images from people you follow in your timeline, it is probably because they are using another application to publish their photos.

TwitPic added a special feature that allows users to add effects, crop, rotate or adjust the brightness of the image. The effects are from the popular photo editor by Avairy. You can add effects similarly to the way Instagram offers photo filtering options.

This app just doesn’t live up to what already exists on the market. It is not a Twitter app, so users can’t visit other’s feeds or even “like” photos. The only images you can see are ones that were published through TwitPic, so it seems like your Twitter images are missing. It is lacking in a lot of features that would make it worth using.

I had trouble accessing my timeline. In both my @appaholik account and my personal account, I only saw images from people that I am not following. Many were in a foreign language. I have no idea why that happened and I was never able to fix the problem. I used the TwitPic app on a fourth-generation iPod touch running iOS 5.1.

Since this app is free, it’s not a total loss. If you have not already been using one of the hundreds of photo-editing apps that let you post to Twitter, then this app is worth downloading. However, because it only shows images that have been published through TwitPic, it is somewhat of a crippled application. If the developers improve upon this app, bringing in features that are unique, this could become a big hit, but until then, it is only mediocre, at best. 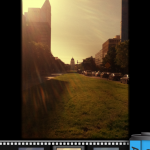 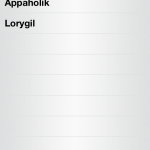 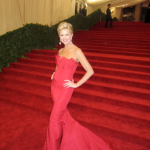 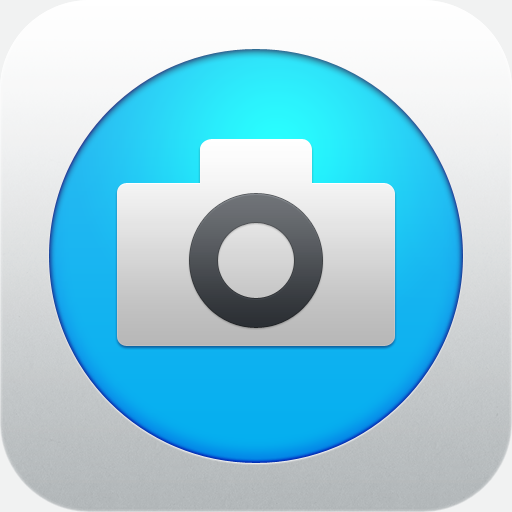 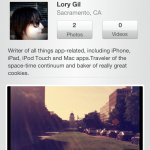