You are using an outdated browser. Please upgrade your browser to improve your experience.
by Bryan M. Wolfe
May 3, 2012
Are you in desperate need for a new television? Hoping this is the year Apple will finally reveal their long-rumored iTV? Think again. ZDNet is reporting that Apple will wait until 2014 to release their television set. Still, that doesn't mean Apple is sitting around doing nothing. According to J.P. Morgan analyst Mark Moskowitz, Apple won’t release an iTV for two years because they are still seeking to lineup contracts with major Hollywood studios. In addition, economic conditions do not indicate “any looming TV-related product launch.” Calling the television market one on shaky ground, Moskowitz concludes Apple will take their time and not rush into a competitive market.

Apple needs “a radical change of the user interface, integration of the TV programming and data content, and use of gesture or voice control,” Moskowitz noted.

Instead of an iTV, Apple will spend the next year or two developing two less-exciting, but new products. According to Moskowitz, “iPay” and “iCarrier” are likely to arrive this year or next.

With iPay, Apple would allow iPhone and iPad users to wirelessly pay for goods and services using NFC technology. While this type of technology might not arrive with the next generation iPhone, it could make waves in 2013.

Mirroring what we reported earlier this week, Moskowitz anticipates Apple is likely to unveil an in-house mobile carrier service to take on existing carriers such as AT&T and Verizon Wireless. He indicated, “Apple has around 250 million credit cards on file, it would make for a seamless billing experience, but a secure source of revenue.”

While Moskowitz's opinion that Apple may wait until 2014 to release an iTV may disappoint some, it sounds about right. With the iPad, Apple entered what was essentially a new market. With a television, Apple would have immediate and broad competition. In other words, if Apple needs two more years to perfect something unique, so be it. Rather that than see the company release a product that underwhelms a public faced with continued economic problems. Disappointed? Would you be willing to wait two years for Apple's television or will Samsung, LG or someone else get your business now? 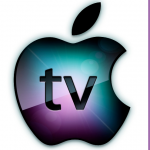 Report: No Apple Television Until 2014, But Count On iPay And iCarrier

Report: No Apple Television Until 2014, But Count On iPay And iCarrier
Nothing found :(
Try something else