You are using an outdated browser. Please upgrade your browser to improve your experience.
by Bryan M. Wolfe
May 29, 2012
Our friends at 9to5Mac are out with what they are calling leaked images of the next generation iPhone. As each image suggests, the sixth-generation handset might include a taller screen and a unibody enclosure, plus other changes. The most significant change here is that the new iPhone includes a metal backing. Whether this is the long-rumored Liquidmetal material remains to be seen. Along with the metal backing, the model shows that the handset’s metal antenna band is molded into the metal backplates creating a unibody enclosure. If correct, this suggests the next iPhone will be thinner, lighter, and stronger than previous models. Additionally, 9to5Mac’s model includes the long rumored smaller dock connector. Plus, for the first time, the iPhone’s audio jack is at the bottom of the iDevice. Other changes include redesigned speaker grills, a new opening between the camera lens and the LED flash, and a second microphone on the iPhone’s back for improved audio capture during video recording. Finally, these images suggest, as did past rumors, that Apple’s sixth-generation iPhone could include a taller screen (3.95-inches), but the same width overall as previous iPhone models. We have no way of verifying whether these images are, in fact, those of the next iPhone. However, given that most of the previous iPhone rumors have included similar innovations, 9to5Mac’s sources and images could be correct. Of course, until Apple actually unveils their newest handset, this story, like all others, remains only a rumor. Regrettably, Apple probably won't be releasing the next iPhone until this fall. In other words, expect the rumors to continue for many months to come. Do you like what you see in these purported iPhone images? Source and Photos: 9to5Mac 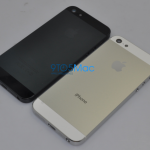 Leaked Images Suggest A Completely Redone iPhone
Nothing found :(
Try something else