You are using an outdated browser. Please upgrade your browser to improve your experience.
by Bryan M. Wolfe
May 3, 2012
Please read update below. Despite rumors to the contrary, Apple could indeed be prepping for a June release of their next iPhone, in news reported by MacNN. Late yesterday, the folks at iPhone 5 News Blog posted a story detailing a conversation they recently had with an UPS employee. In the report, the blog site said that their source indicated that the U.S. shipping company was working with Apple on “something big.”  In fact, the source’s team was seeing a lot of “high-security import-export” activity that usually occurs prior to a big product launch. To make sure their source was genuine, iPhone 5 News Blog said that they verified her employment and other details “not related to what specifically the new product might be.” However, because “she chose to share information with an “iPhone 5” website might be indicative of the product she was not at liberty to discuss.” Then something strange happened. The original post went offline, a fact that even MacNN has yet to pick up. We’re not saying the iPhone 5 New Blog report was accurate. In fact, on first read, the story looks questionable at best. However, the fact that it was pulled after publication is interesting. The site either pulled the story because the content was inaccurate, or someone else requested it be removed. Regardless, the findings of the report are now out there for others to see including AppAdvice. For our part, we’ve reached out to iPhone 5 News Blog’s publisher, Michael Nace for comment. (Please see below.) According to the site's About page:

The iPhone 5 News Blog was officially established on August 6th, 2010, making it the first blog of its kind for covering news and rumors surrounding the iPhone 5! While many other tech news websites write about the iPhone 5 rumors from time to time, none of them dedicate the time and effort to cover iPhone 5 rumors, possible features, and other news on a day to day basis. In 2011 alone, the iPhone 5 News Blog had 9.2 million visits. Our stories are carried on Google News daily, and have also appeared on The Drudge Report and The Huffington Post. We are also frequently quoted on Macworld and The International Business Times among others.

As a reminder, Apple’s annual WWDC conference will be held from June 11-15. Apple has traditionally used this forum to announce new iPhones. The iPhone 3G (2008), iPhone 3GS (2009), and iPhone 4 (2009) were all announced here. Because the iPhone 4S was announced in October, however, most believe Apple will hold off and not announce their sixth generation handset until this fall. Of course stories such as these suggest Apple’s thinking might have changed. We’ll keep you updated. Are you hoping Apple releases the next iPhone next month, or later in the year? -- Update: Since our story original ran, we've heard from Michael Nace, publisher of iPhone 5 News Blog. In addition to reposting his original story, he told us the following:

Thanks for writing. The story is back up, and on the same URL. I took the story down temporarily this morning because the source  is concerned about any impact the revelations could have on her job. To me, the source’s concern speaks further to the credibility of the story. I took the article down this morning to take some time to weigh whether or not to take the article down permanently or not, but have decided to put it back up, since removing it would ultimately call into question the story’s validity for some. 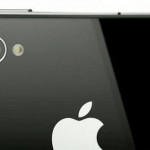 Updated: Could The Next iPhone Arrive In June?

Updated: Could The Next iPhone Arrive In June?
Nothing found :(
Try something else