You are using an outdated browser. Please upgrade your browser to improve your experience.
by Bryan M. Wolfe
May 11, 2012
First launched in October, the iPhone 4S remains a popular choice with smartphone buyers. However, when history is written, I’m pretty sure Apple’s fifth handset won’t be considered one of the company’s best. While it beats the iPhone 4 in terms of speed and in the quality of the photos and videos it can take, the iPhone 4S will largely be remembered as the handset that brought us Siri, Apple’s uninspiring voice assistant. Oversold by Apple as a service that “helps you get things done just by asking,” Siri remains a work in progress, seven months after its debut. Instead of improving Siri (there have been no updates to the service), Apple keeps the product in “beta” and has resorted to recruiting Samuel L. Jackson and Zooey Deschanel to prop up the Siri brand. It didn’t have to be this way. Apple sold me on Siri last fall. In fact, it was the main reason I replaced my iPhone 4 with the iPhone 4S. However, as the months went on, I used Siri less often and became frustrated with its limitations. I’m still waiting, for example, for Siri to link up with ESPN and tell me baseball scores, or have it tell me what’s showing at the local multiplex. Plus, isn’t it about time Apple opens Siri to other developers?

Even Siri knows it isn’t the best

Siri’s difficulties are best represented by the answer you’ll receive for the question, “What is the best smartphone ever?” For Siri, the answer is the Nokia Lumia 900 4G, according to The Next Web. This doesn’t mean Siri “thinks” the iPhone 4S is subpar, at least to the best of my knowledge. Rather, Siri’s answer is limited by the information it can gather. In this case, Siri uses results from Wolfram Alpha, which “itself draws from users (sic) reviews Web-wide.” What Siri should have done in this case was provide a whimsical comment about how much better the iPhone 4S is compared to other handsets and then give a list of the best smartphones, by sales, at the current time.

Apple needs to make Siri more intelligent. To do this, Apple developers need to improve Siri’s database and include data from multiple sources. Additionally, they need to expand Siri's coverage to include information on new topics. This should include sports and entertainment information, current news, etc. Finally, Apple should welcome third-party developers into Siri’s world. Until these steps are taken, Siri will remain less a tool to use every day and more a toy you show off to your friends. Are you still using Siri on your iPhone 4S? What steps should Apple take to improve the brand? 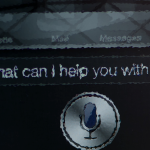 Time For Apple To Muzzle Siri Or Make The Assistant Better

Time For Apple To Muzzle Siri Or Make The Assistant Better
Nothing found :(
Try something else