You are using an outdated browser. Please upgrade your browser to improve your experience.
by Bryan M. Wolfe
May 1, 2012
Apple and the Walt Disney Company have always been close. Not only was Apple’s late co-founder, Steve Jobs, a member of Disney’s Board of Directors, but he also served as CEO of Pixar, which Disney purchased in 2006. Even without Jobs, the connection between the two companies remains strong. For example, Disney’s President and CEO Robert A. Iger currently serves on the Apple’s board. So it shouldn’t come as a surprise that Apple has been recruited to make Walt Disney World's next-generation “FastPass” system even better, according to a report first published by 9to5Mac. For those that don’t know, “FastPass” is a system Disney uses to help visitors to their parks get into popular attractions quicker than those not using the service. As part of a new program, Disney World cast members (i.e. employees) in Florida are now using Apple’s iPad to make the park goer experience even more enjoyable. 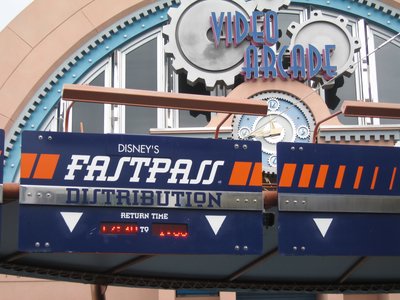 According to the report, during the next few weeks, guests will be chosen in advance to test this new process. As such, these guests will be able to reserve popular rides and attractions for specific times, even before they arrive to the Orlando park. Once they do arrive, guests will present a RFID band to a Disney cast member, who will then scan it with an iPad. And just like that, the ride or attraction will be ready for them. Disney hasn’t said how long this test will continue until the service launches for everyone, and at other parks such as California’s Disneyland. Still, given that Disney has installed RFID zones at several key locations at Disney World, we’d expect a full rollout sooner rather than later. As someone who frequents Disney World, I’m intrigued by this new system. Especially if it means shorter lines at Disney's Hollywood Studios' The Twilight Zone Tower of Terror or Epcot’s Mission: SPACE. If you've been to Disney World lately, have you seen the new system? Have you been lucky enough to be one of the testers? 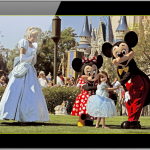