You are using an outdated browser. Please upgrade your browser to improve your experience.
by Bryan M. Wolfe
May 2, 2012
Target today confirmed they are phasing out Kindles and Amazon- and Kindle-branded products. This news, which was original reported by The Verge, ends as the retailer plans to roll out Apple “mini-stores” later this year. Coincidence? Although Target declined to comment on the specific date that Kindles will disappear from their shelves, an internal memo obtained by The Verge suggests this will happen on Sunday, May 13, which just happens to be Mother’s Day.  Also unknown is whether these last shipments will be offered to customers at discounted rates. Late last year, Target announced that Amazon’s new Kindle Fire was their bestselling tablet on Black Friday. The memo states:

Target has reviewed our product assortment and has made the decision to no longer carry Amazon hardware (i.e. Kindle). Certain accessories for Amazon product will stay in the assortment. Store Impact Replenishment will continue through Mother’s Day, May 13 — Kindle Touch will be on ad the week of May 6 Amazon product will revise out of inline location the week of May 13 …

In January, Target announced plans to install specially designed Apple “mini-stores” in 25 locations beginning sometime this year. Whether this decision lead to today’s announcement is not known. In addition to Apple's iPhone and iPad, Target will continue selling other e-readers, including the Nook from Barnes & Noble. Do you have thoughts on why Target is no longer selling Amazon’s Kindle, despite decent sales? 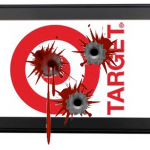 Was Apple Behind Target's Decision To Stop Selling Amazon's Kindle Line?
Nothing found :(
Try something else