You are using an outdated browser. Please upgrade your browser to improve your experience.
by Bryan M. Wolfe
May 16, 2012
For the first time since Apple released the first iPhone in 2007, the company’s flagship product is getting a size makeover. The sixth-generation iPhone will look significantly different than each previous model and measure “at least 4 inches diagonally,” according to The Wall Street Journal. According to the report, Apple is working with multiple screen makers to bring the next iPhone to market. These include LG Display Co., Sharp Corp., and Japan Display Inc., a new company created last month. Missing from this list, of course, is Samsung Electronics. Although a long-time Apple supplier, the South Korean company is also Apple’s biggest competitor in the smartphone market. Today’s news suggests Apple is reacting to Samsung’s successful move in releasing smartphones with larger screens than the iPhone’s traditional 3.5-inch configuration.

Apple effectively defined smartphones as a new category with its iPhone, but the market has rapidly evolved and expanded over the past few years and is now crowded with many brands selling smartphones in various sizes and price ranges.

Why This Is Big News

We’ve been bombarded with many iPhone rumors in recent months. Most sources have concluded that Apple would ditch the smartphone’s traditional 3.5-inch display. However, today’s report should be considered the closest yet to a confirmation. Although Apple declined to publicly comment on today’s story, the company usually uses The Journal or The New York Times to “leak” sensitive information prior to new product launches. Finally, according to the report, production on the next iPhone begins next month. In other words, the sixth-generation iPhone should launch this fall. Updated: In a separate report, Reuters confirms this news. In addition to a larger screen, what are you hoping to see on the next iPhone? Source: The Wall Street Journal Photo: iPhone 5 concept by No Where Else 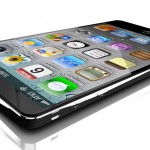 WSJ And Reuters: The Next iPhone To Be Super-sized

WSJ And Reuters: The Next iPhone To Be Super-sized
Nothing found :(
Try something else