You are using an outdated browser. Please upgrade your browser to improve your experience.
by Bryan M. Wolfe
June 8, 2012
Apple has agreed to pay $2 million in fines to resolve a lawsuit in Australia over misleading advertising practices. The fines were handed down thanks to a complaint filed by the Australian Competition and Consumer Commission (ACCC) against Apple over their use of the word “4G” to describe the new iPad, according to The Australian. In news we’ve reported on since March, Apple had been dogged in Australia and in other countries for initially calling their newest tablet, the “iPad with Wi-Fi + 4G.” This moniker came despite the iDevice only working with 4G offered by AT&T and Verizon Wireless, both which are based in the U.S. In addition, customers can connect to 4G LTE networks through Bell, Rogers, and Telus in Canada. Apple had previously announced they would give full refunds to any Australian customer that was unhappy that their iPad could not access LTE/4G. Additionally, Apple announced in May they would rename the tablet worldwide, which they did. It is now called the “iPad Wi-Fi + Cellular.” The fines announced today totaled AU $2.25 million. Source: The Australian Photo: CNet 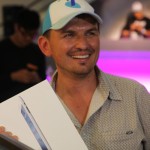 Apple To Pay Fines To Settle '4G' iPad Lawsuit
Nothing found :(
Try something else