You are using an outdated browser. Please upgrade your browser to improve your experience.
by Daniel Douvris
June 23, 2012

Apocalypse Knights puts you in the armor of a knight faced with an endless number of demons. Although it’s a bit disturbing, the story goes that all of the demons emerged from the melted Arctic and Antarctic regions. Now how about that for a “stop global warming” campaign? 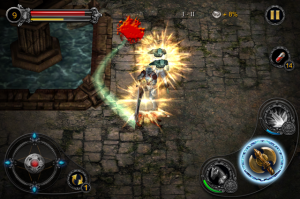 All in all, Apocalypse Knights is just another semi 3-D hack ‘n slash game. Based on a free-to-play model, Apocalypse Knights has you running around killing demons in order to earn coins. Coins are earned at a fairly decent rate, and they are used in the shop to purchase various commodities ranging from weapons and armor, to potions and new mounts.

Gems – which are pretty much standard in free-to-play games – are also included as currency. Gems are earned at a slow pace by playing. The gems can also be purchased through in-app purchases.

In terms of gameplay, Apocalypse Knights features endless, wave-based battles. As you make your way up to the higher waves, you will face increasingly large hordes of enemies, that get progressively stronger, and a boss every so often. While this may sound like fun, sadly it just feels too easy. Quite frankly, you can sit in the center of the map and mash the attack button and make it out of the throng in one piece. 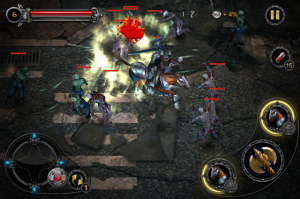 Controls are quite simple. A virtual stick on the left is used for movement, while buttons on the right are used for attacks and enabling/disabling your mount (more on the mount later).

Although the game is a bit too easy, there are still a few things that the developers implemented well. For one thing, the mount system is pretty cool. Basically, as you kill demons, your mount meter fills up. Once it’s full you can ride your horse around and take advantage of an extremely increased attack speed.

Just like the mount meter, as you kill enemies your special attack meter also fills up. Each weapon in the game has its own special attack which pretty much dominates anything near the knight. These skills along with the mount system make the game even easier that it already is.

As you can tell, Apocalypse Knights was not meant to be a hardcore game in any sense. Sadly, it isn’t quite a casual game either due to frustrating menu screens, long loading times, and an unruly amount of lag. These small inconveniences take what little fun existed in the game straight out of the scene.

If you are looking for a decent hack ‘n slash, there are several titles that are far better than this title. In the future, Apocalypse Knights could be greatly improved if the devs found a way to eliminate the lag both during battles and in the menus. On top of that, it would be nice to see more weapons and armor added to the game. Until then, you’d be better off sticking with other hack ‘n slash games in the App Store. 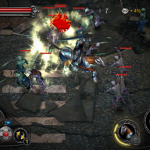 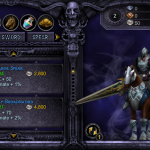 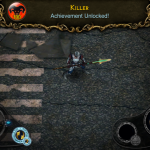 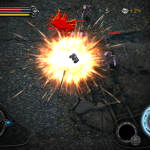 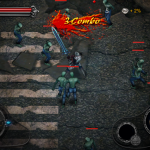 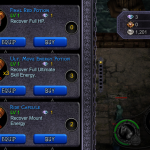 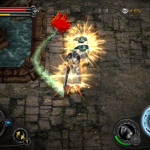 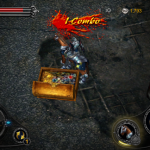 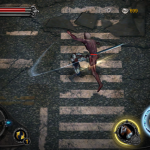 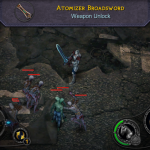 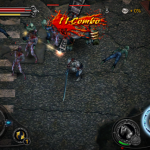 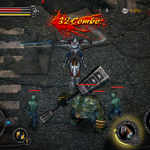 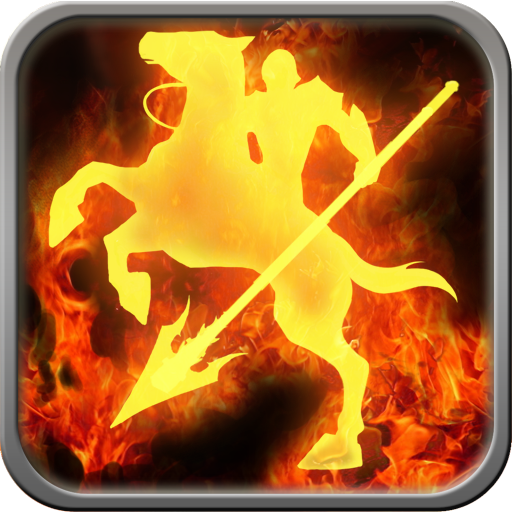 Button Mash Your Way Through Endless Hordes Of Undead In Apocalypse Knights
Nothing found :(
Try something else