You are using an outdated browser. Please upgrade your browser to improve your experience.
by Sean Capelle
June 13, 2012
According to AppleInsider, it seems Ping’s days are numbered. With the release of iOS 6 this fall, which will support Facebook integration in addition to the already included Twitter support, there is no more need for Apple to feign interest in Ping. The social networking feature, first introduced with iTunes 10, was described by Steve Jobs as “... sort of like Facebook and Twitter meet iTunes.” However, Ping met with some initial troubles. Facebook integration looked like it would be promised, but was pulled because of the social network’s “onerous terms.” Over one million people signed up for Ping within the first 48 hours of its release, but enthusiasm quickly dropped. Users realized that a whole new set of friends would have to be added, in addition to confusion about how to really use the service. The whole setup of it favored selling songs through iTunes rather than any form of social expression. It was almost as if Apple had set up a sandbox for everyone to play, but you could only play the way they wanted you to. Tim Cook said during this May’s D10 conference that, “We tried Ping, and I think the customer voted and said ‘This isn’t something that I want to put a lot of energy into.’” I couldn’t agree more. Source: AppleInsider 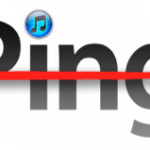 Death To Ping
Nothing found :(
Try something else