You are using an outdated browser. Please upgrade your browser to improve your experience.
by Daniel Douvris
June 16, 2012

Akane the Kunoichi ($0.99) by Haruneko is a retro-styled action game that mixes knife throwing, hat dodging fights with wall jumping platforming action. This is actually a port of the Xbox Live indie game version that launched in late May last year.

The thing that drove me most to play this game was the artwork. While you might be misled by the icon or title screen, all of the assets are actually retro-styled. This matches perfectly with the retro styled gameplay. Also worth noting is the scrolling background artwork which adds to the already beautiful scenery. 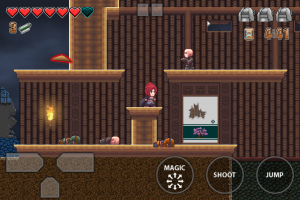 In terms of gameplay, you will be performing platforming tasks like running and jumping, but at the same time you will have to throw kunai (knives) at various ninjas and monsters that block your path. Kunai can only be thrown straight in the direction that Akane is facing, but if you get in a tight spot you can also use a special move that blasts them in multiple directions.

Controls are simple, with a three way directional pad on the left and buttons for jumping, shooting, and your special move on the right. This works well enough, but at times the directional pad feels a little clunky (especially when you are wall jumping).

If you haven’t played the Xbox version, you are probably wondering why we are killing ninjas and monsters. The story behind the game is that Goro, the samurai that you secretly love, is kidnapped by Hiromi, an evil female ninja who has various ninjas and monsters on her side. You go on a quest to rescue Goro on your own. 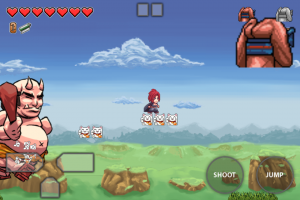 While the story may be a bit weak and devoid of narration, this helps focus the attention of players on the actual action. On top of the ninja killing and platforming, there are also three kimonos hidden in each of the 15 levels. Finding all 45 kimonos will apparently unlock some kind of extended ending cut scene.

One big element that was brought over from the Xbox version is the boss battles. In all there are five bosses (one for each themed location), each of which is extremely huge and has a unique attack pattern. The boss battles provide a fun twist in the gameplay, and they get more challenging as you progress through the game.

Apart from the kimonos, there are also seven different trophies to unlock. These are earned by completing various tasks ranging from killing a boss, to completing the game with all 45 kimonos. These trophies add some incentive to replay levels in the game.

All things considered, Akane the Kunoichi is a fun action platformer. Its platforming elements, as well as its artwork, are reminiscent of retro games of the past. Put simply, it is a breath of fresh air from the endless piles of junk that line the App Store these days. 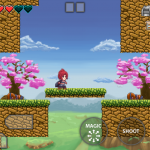 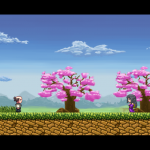 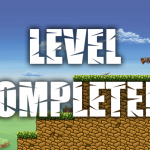 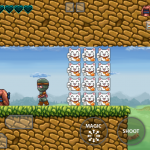 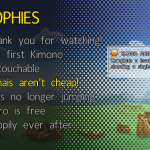 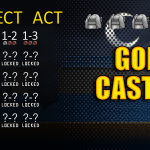 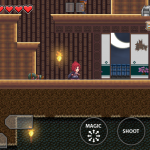 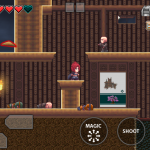 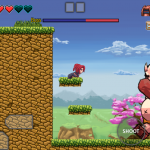 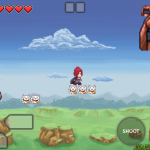 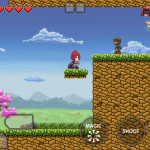 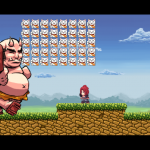 Female Ninjas Take Center Stage In Akane The Kunoichi
Nothing found :(
Try something else