You are using an outdated browser. Please upgrade your browser to improve your experience.
by Christine Chan
June 17, 2012

Photo Editor by Aviary (Free) by Aviary is a fast and intuitive way to edit your photos on-the-go from your iPhone. It's basically the mobile version of the Image Editor from the Aviary Tools suite for your web browser.

If there's one thing I can't get enough of, it definitely has to be photo apps. With the iPhone being on me all the time, it has proven to be the best camera one can have. I also managed to pick up an ?lloclip over the past week, so I no longer have a need for a separate point-and-shoot camera. Of course, there are still photo editors available to make your pictures even better, and I believe that Aviary is one of the best options out there. 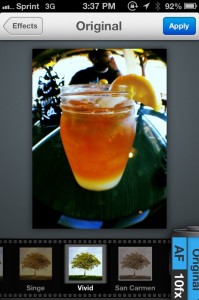 First and foremost, I have to say that Aviary has one of the slickest interfaces I’ve seen for a photo app on the iPhone thus far. Everything looks clean and elegant, it’s simple and intuitive, and it’s also incredibly fast. Combine all of these together and you will have one of the best photo editing experiences on the iPhone.

When it's launched, you get a brief splash screen and then taken to the main screen of the app. This main screen will feature a Cover Flow-like strip of recent images in your Camera Roll. When you find the image you want to edit, just tap on the "Edit this Photo" below it. Additionally, you can snap a new photo from the app or import one from your Photo Library.

Once you have a photo to edit, the fun begins. The Photo Editor screen will feature the image in the center, along with a strip of buttons at the bottom for editing. There are three “pages” of options, which will include: Enhance, Effects, Stickers, Orientation, Crop, Brightness, Contrast, Saturation, Sharpness, Draw, Text, Redeye, Whiten, and Blemish.

The Enhance tool features four options for increasing quality of your image: Auto, Night, Backlit, and Balance. Just a tap will quickly apply the change to the image. Effects works in a similar manner — tap on a filter to see it applied to the image. Stickers allow you to put stickers on the photo — just tap on the one you like, and move it around by dragging, or resize and rotate by dragging on the bottom corner handle. Orientation allows you to rotate or flip the image, and Crop has several options to choose from for the perfect cut.

The Brightness, Contrast, Saturation, and Sharpness tools all feature a “dial” that will adjust the setting for each — left for less, and right for stronger.

One of the neat features in Aviary is Draw, where you can draw directly on an image with a brush. Choose the size and color, and just sketch. An eraser tool is provided in the color picker in case of mistakes. The Text tool is also similar, though you can only change the color, not the font or size. I like to think of it as a watered down version of Skitch built-in to the app, which is great since Skitch is currently iPad-only.

The Redeye, Whiten, and Blemish tools feature an adjustable brush that allows you to “paint” on a portion of the image to apply the effect. It’s kind of like having some of the more useful features of Photoshop in a slick photo editor. It works well enough though, so I’d imagine many people will get some use out of it. 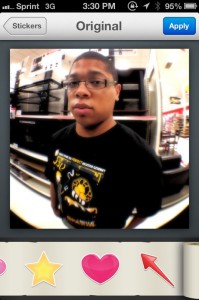 A great feature of Aviary is that each tool can be applied to a photo, saved, and then applied again. So you can layer on a couple of filters quickly for a unique look, unlike other apps that require a save and then another import to apply a second filter.

The Settings in Aviary allow you to reorder the Tool Order to what you like (perhaps most used tools on the first page), and you can change the maximum save size: Normal (up to 3MP), Large (up to 5MP), and Maximum (up to 12MP). Unfortunately, if you want to share your photos, you will have to do so from Photos or by separate apps.

For an app with a free price tag, Photo Editor by Aviary has some incredibly powerful tools available at your disposal that actually can rival paid competitors. Of course, there’s always the one caveat of free apps: in-app purchases. This app features three more filter packs are available at $0.99 a pop, with six filters in each: Grunge, Nostalgia, and Viewfinder. However, considering that this app is pretty fantastic, I wouldn’t mind throwing a few extra bucks toward the developers.

Photo Editor by Aviary is simply a magnificent photo editing app, and the best part is that it’s free. If you haven’t already checked it out on your iPhone, I highly recommend you do so. 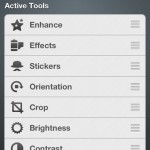 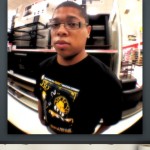 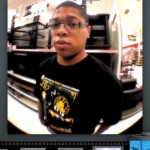 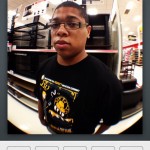 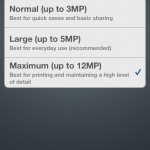 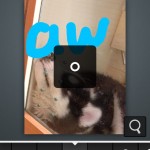 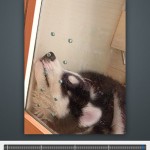 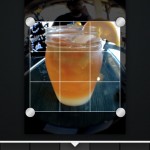 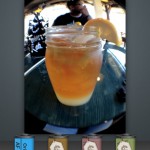 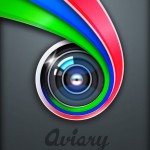 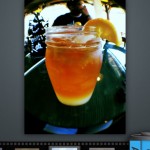 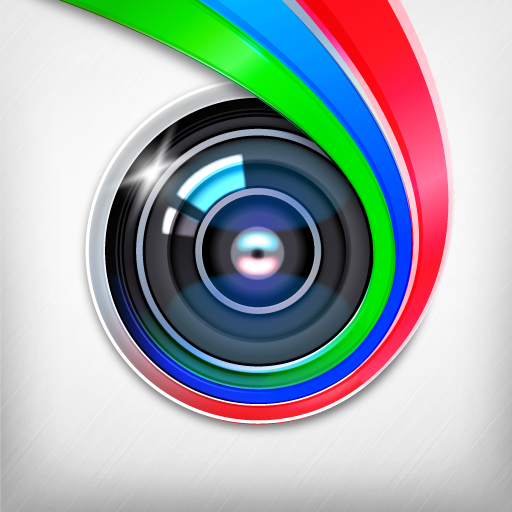 Aviary Provides An Exceptional Photo Editing Experience On The iPhone

Aviary Provides An Exceptional Photo Editing Experience On The iPhone
Nothing found :(
Try something else