You are using an outdated browser. Please upgrade your browser to improve your experience.
by Daniel Douvris
June 7, 2012

ichi ($0.99) by Stolen Couch Games is a beautiful puzzle game that takes one-finger gaming to the next level.

It isn’t often that you come across a game that nails everything from artwork and controls, to gameplay and replay value. With their newest title, Ichi, Stolen Couch Games did just that. While Ichi is a simple puzzle game, with your single goal being to collect multiple dots with a line, its gameplay goes deep enough to keep you entranced for hours on end. 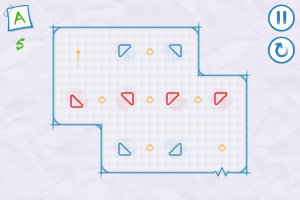 Ichi is a one-finger game. Everything is controlled with a single finger. In simple terms, you tap the screen to rotate or otherwise move various types of blocks. Your goal is to guide a line through all of the dots in each level, avoiding spikes and using the fewest number of taps as possible. This might sound simple, but in my mind it’s nothing short of an insanely twisted blend of mini golf, Pac-Man, and classic snake.

With over 50 difficult levels, Ichi will keep you busy for a while. As you progress through the levels, new gameplay elements are added making things tougher and tougher. On top of the standard levels, Ichi features a ton of user created levels as well. These are made possible by the in-game level creator. This is super easy to use, and it allows for seemingly endless replay value. 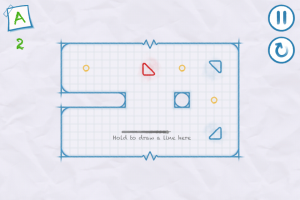 In addition to the gameplay and controls, Stolen Couch Games nailed the artwork as well. Ichi showcases a sketchy art style, complete with crinkled paper backgrounds, and chalk-like writing. These small details, on top of everything else, make Ichi a very high quality title.

In terms of competition, Ichi features a Game Center leaderboard for the total number of dots that you have collected. This, along with the rating system that is built into the user created level menu, adds to the already stellar replay value.

All things considered, Ichi is a superb puzzle game. Stolen Couch Games promises to bring more levels in future updates. Apart from that, I’m not sure what more could be added to the game. For $0.99 Ichi is no doubt a keeper. Put simply, Ichi is super addictive, one-finger puzzle action at its finest. Do yourself a favor and give it a try. 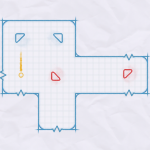 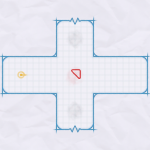 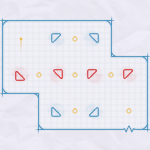 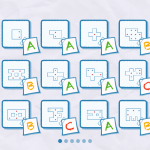 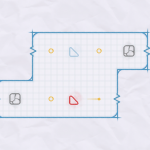 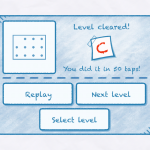 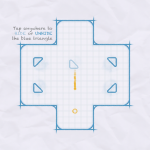 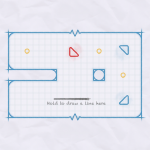 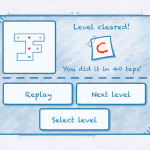 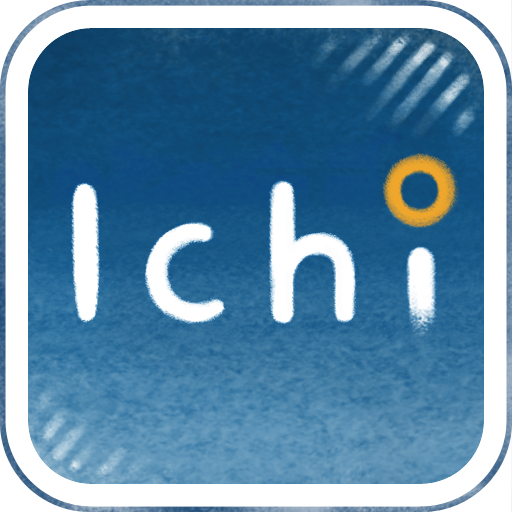 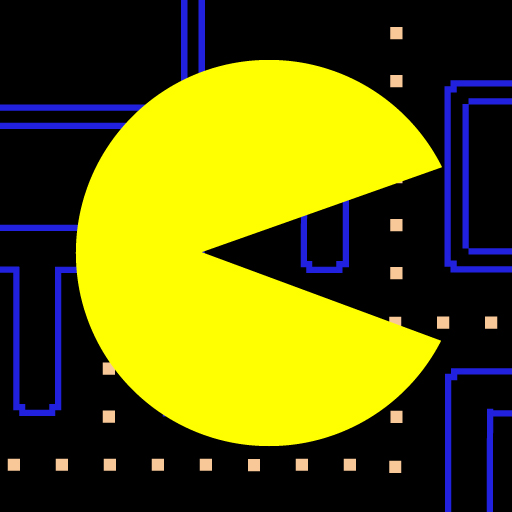 Ichi Dazzles With Its Gameplay And Gorgeous Art Style

Ichi Dazzles With Its Gameplay And Gorgeous Art Style
Nothing found :(
Try something else