You are using an outdated browser. Please upgrade your browser to improve your experience.
by A.T. Faust III
June 21, 2012
According to Apple insiders (via AppleInsider), the next iPhone will be a true world phone, with inbuilt compatibility for every major international standard.

In his checks with suppliers, Shaw Wu of Sterne Agee has heard that support for China Mobile's TD-SCDMA 3G network will be a "key feature" of Apple's sixth-generation iPhone. China Mobile is the largest cellular operator in the world, with more than 650 million mobile subscribers.

While the iPhone 4S already includes a bevy of cellular support across its wireless radio (GSM at 850/900/1800/1900 MHz, quad-band UMTS/HSDPA/HSUPA at 850/900/1900/2100 MHz and dual-band CDMA EV-DO Rev. A at 800/1900 MHz bands), the addition of China Mobile's proprietary tech will make the iPhone accessible to more new users -- all at once! -- than Apple's collected in total to date. And that's an exciting prospect. In anticipation, explains iDownloadBlog,

iOS boss Scott Forstall at the WWDC keynote took the wraps off of a number of new features specifically tailored for the local market. These include preloading China’s dominant search engine [Baidu] as the default choice in iOS 6, Siri in Mandarin and Cantonese, a brand new Chinese dictionary, improved text input, twice the number of Chinese characters in handwriting recognition, support for popular Chinese Internet services like Sina and Youku and more.

If the release of the iPhone 4S represented Apple's concerted entry into the Chinese market, the iPhone 5 could be Cupertino's outright dominance of it. Via: iDownloadBlog Source: AppleInsider 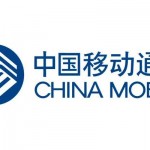 iPhone 5 Could Launch With Support For World's Biggest Mobile Market

iPhone 5 Could Launch With Support For World's Biggest Mobile Market
Nothing found :(
Try something else