You are using an outdated browser. Please upgrade your browser to improve your experience.
by Lory Gil
June 26, 2012

Darkside™ (Free) by Clockwork Pixels is a shoot ‘em up arcade game set in space. Head for the nearest asteroid field and start shooting because your job is to clear the area without getting destroyed in the process. 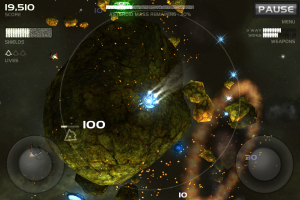 Players move into the orbit of a large asteroid that has a space station built on it. The goal is to destroy all other matter within the giant asteroid’s orbit. That includes smaller asteroids and enemy ships that are on a mission to take down the space stations.

The ship has the ability to move forward and backward, as well as side to side, while the weapons move independently. For example, you can be moving forward while shooting behind you, reverse the ship and shoot to the left, all at the same time.

The action is intense. Most of the time, you can’t even tell what is going on. You’ll be blowing up asteroids to the north while enemy ships are firing at you from the south and the explosions from the smashed asteroids are coming at you from all angles.

Players collect power ups during the gameplay. There are 10 different weapons, including lasers, rapid fire, and spray. There is also a smart bomb that can be activated once per game that will destroy everything in sight. The smart bomb is only accessible through the full version of the game.

When you unlock the full version, and believe me - you will, you can play the game in mission and survival modes. As a free game, you will spend hours just blowing stuff up. Even though it is fun as a stand-alone game, you will want to take advantage of the additional modes, just so you can have more of the game to play.

The graphics are amazingly detailed. Even on my fourth generation iPod touch I was impressed with how high the quality was. My thumbs are still hurting from all the duel-stick gaming I played.

This game is fantastic. I highly recommend it for anyone who likes shoot ‘em up games, especially ones that are based in outer space. Download it for free, but I’d bet a dollar that you won’t be able to resist paying $0.99 to unlock the full version. It’s just that good. 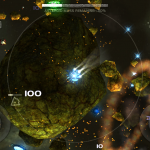 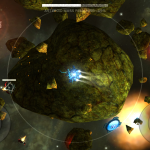 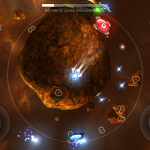 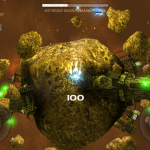 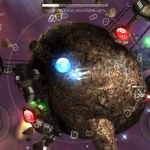 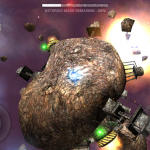 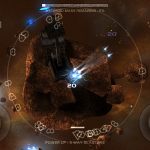 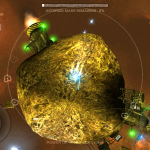 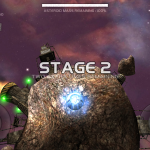 Keep The Space Station Safe From Asteroids, But Stay Away From The Darkside

Keep The Space Station Safe From Asteroids, But Stay Away From The Darkside
Nothing found :(
Try something else