You are using an outdated browser. Please upgrade your browser to improve your experience.
by Christine Chan
June 21, 2012

Launch Center Pro ($2.99) by App Cubby is the new iteration of one of my favorite apps, Launch Center. It has the same core functionality, but with a few powerful tweaks from the original version.

If you used the previous version, then you will know that it was merely a list of your shortcuts. These shortcuts can be actions to specific apps, such as making a phone call or sending a message to a certain person, creating a new item in Omnifocus, or something broader, such as launching Instagram. However, once you created more than nine shortcuts in Launch Center, you would have to scroll to see more actions. This became troublesome, since it got harder to remember where your shortcut is once you start scrolling. That's why Launch Center Pro was created. 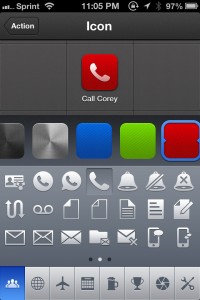 Launch Center Pro tosses out the list format and goes with an interface that we are all familiar with: a grid of large buttons, accessible with gestures. Sounds very home screen-esque, doesn’t it? LCP will feature a “home screen” of 12 squares to start with. The bottom row will, by default, have Contacts, Apps, and Bookmarks. The nine squares above this bottom row will be filled with several default actions, including Flashlight, Brightness, and Google Search.

To start editing LCP’s actions and groups, just tap on the pencil in the corner, and you’ll get a blueprint screen — delete apps, actions, and groups, and add your own while in Editing mode. When you create a new group, you can add up to 11 other actions in it. So say you will add 12 groups on the main screen — that’s 132 shortcuts to apps and actions that you can create for easy access! I’m definitely not someone that needs that many quick launches, but hey, if you need that many, more power to you. Imagine having that many in the original Launch Center — it would be an absolute mess.

When you want to add an action, you’ll bring up a list of options. Topping off the list of action composers are the common actions, such as Mail, Messages, Phone, and more. If an action has a subset of options to choose from for launching into, it will be indicated with an arrow. An example: the option for Mail will have New Email, Send Email to Contact, or Email with Body & Subject. You can also choose from supported apps that are on your device from the Installed section, and even see other supported apps that you may not have under the Featured segment.

If the app or action you want to add is not listed, then you will have to use the Custom URL. Give it a name, and then enter the URL (for a website) or a public URL scheme (for apps) for it. If you're confused about how to add a URL scheme for an app, you can check an index like handleOpenURL. But most of the time, a simple attempt with appname:// will open your app, where you replace "appname" with the app you want a shortcut for (e.g., appadvice://). When entering in the URL, three options will appear to make things easier: Contact, Input Prompt, and Clipboard.

Please note that not every app you use may be utilizing a public URL. If you add an app and it fails to work, you will have to contact the company of the app and request them to implement a URL scheme. This is the only way to get it to work with apps like LCP.

One of the new features in Pro is the fact that you are able to customize the icons for both groups and actions. Groups can be customized right away, while actions will take another edit to change the icon. For actions, you can choose from 10 different icon backgrounds (brushed metal or matte with thin, diagonal stripes) and hundreds of icons to go on top of the background. Groups will allow you to choose an icon, but no background color. Editing an action also brings up the option to schedule it as well, just like in the original Launch Center. 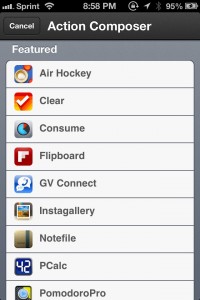 So now you have all these shortcuts, but how do you access them quickly if you have them all in various groups? The answer to that is simple — gestures. When you want to access a specific group, just tap and hold on the group square to reveal the actions, then drag your finger to the one you want to launch. Because of this, it’s recommended to put your most used actions closer to the starting point of the group, so it’s easier to reach.

I’ve been using LCP for several weeks now, and it’s a huge improvement over the original Launch Center. With the added flexibility of up to 132 shortcuts, I have found myself adding even more apps that I would like quick access to every now and then, considering that I have dozens of folders on my iPhone. The ability to customize icons for actions, such as calling my boyfriend or sending a quick message to a friend, are incredibly welcome. It adds more personality to your “assignment” and helps to differentiate one action from another, which is especially handy if you have multiple quick dials and messages.

If you found yourself having to scroll through over nine shortcuts on a daily basis, like I have, then you will definitely welcome the new interface and easier layout for launching your favorite apps. I have had LCP in my dock (replaced the previous app) since I downloaded it for the first time, and it has not left that spot since.

How did I live with my iPhone before this awesome app? Yes, this app is just that useful.

Make sure to grab Launch Center Pro for $2.99 in the App Store ($4.99 after introductory pricing), and get ready for liftoff! 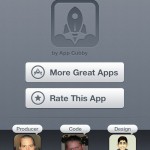 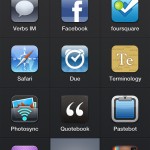 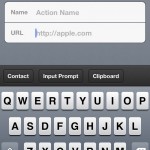 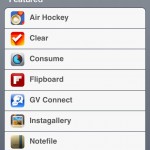 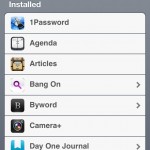 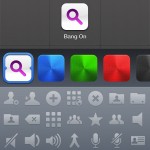 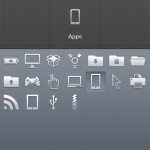 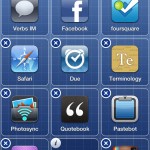 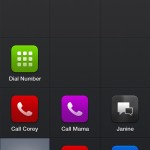 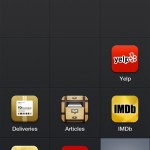 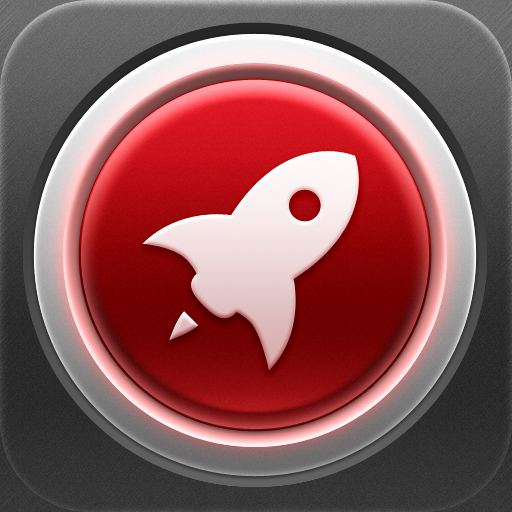 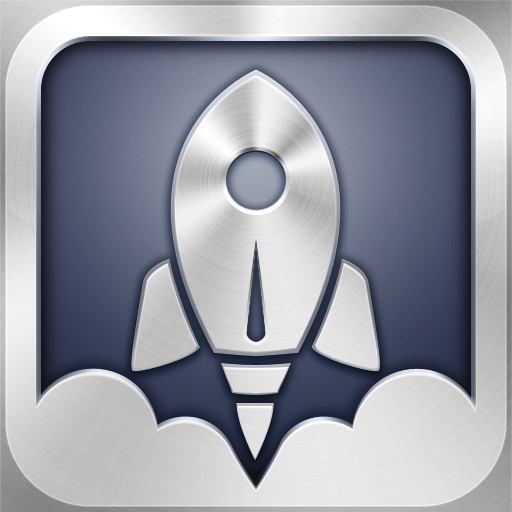 Launch Center Pro Is A Staple For Any iPhone Dock

Launch Center Pro Is A Staple For Any iPhone Dock
Nothing found :(
Try something else