You are using an outdated browser. Please upgrade your browser to improve your experience.
by Sean Capelle
June 14, 2012

Planet Wars ($0.99) by ColePowered is a combination of a dual stick controller and a tower defense game. Appearing to have taken a page out of the movie “Starship Troopers,” you play as a mercenary going to a hostile planet to eradicate it of “bugs.”

Campaign mode shows a comic-style narration before each level, which is really a kind of take-it-or-leave-it addition. After a brief tutorial on how to get things done, it becomes time to get things done: namely, blasting bugs to smithereens. 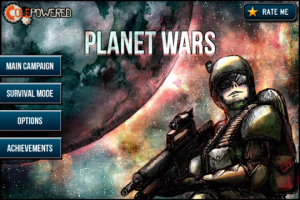 Your character will move from area to area, needing to clear each one before proceeding. One thing you’ll quickly learn is that investing in armor is a good idea. Even if just one bug swipes at you, it could be enough to quickly kill you.

Your gun’s magazine is limited on rounds, so you’ll need to constantly keep on the move to buy some time to reload. The game will either reload you automatically, or you can tap the reload button whenever you’d like (reloading between areas is always a good idea).

Survival mode tests how long you can last and then posts it to the Game Center leaderboard. You may not rank high, but at least it’s a way to earn extra credits. This is also a good way to jump right into the tower defense part of it.

What heat you pack can vary greatly, depending on how much you customize it. Use your earned credits to choose from one of 17 different guns, and then go even further with selecting your stock, grip, aiming, and magazine. Your armor selection isn’t as fancy, though at least you have six different options. 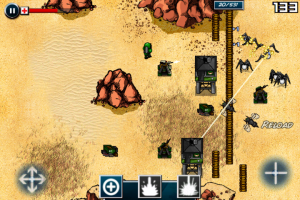 I can’t recall playing any other game that offered so many variations of how to configure your gun. Gameplay definitely becomes easier once you tweak the gun to the way you like to play.

The controls also feature a high degree of customization. The movement, aim, and reload buttons can be dragged anywhere on the screen that works best for you. The defaults can always be restored if you want the controls back the way they were.

Although this is a universal app, I’d recommend playing it on the iPad. Playing on the iPhone’s limited real estate can be difficult. Whether you’re looking for an intriguing mix of dual stick shooter and tower defense, or you just want to see how badass you can make your gun, then you’d want to give this game a shot. 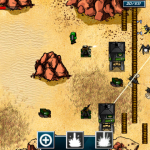 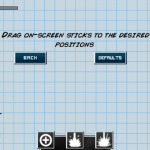 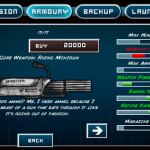 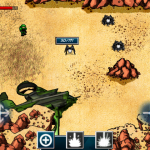 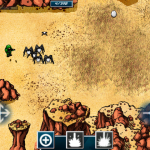 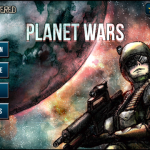 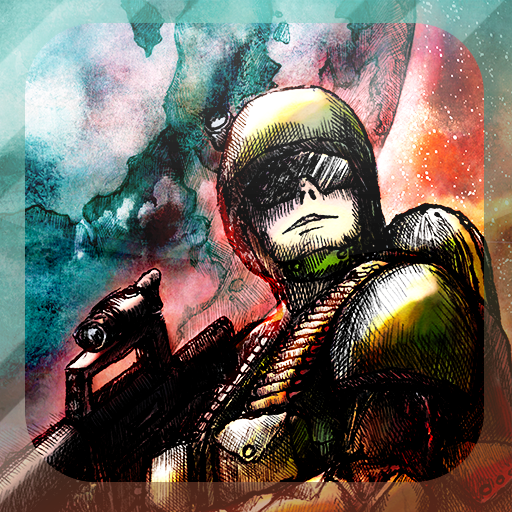 Planet Wars
ColePowered
Nothing found :(
Try something else