You are using an outdated browser. Please upgrade your browser to improve your experience.
by Lory Gil
June 25, 2012

The Works ($1.99) by Fun Digital is a cheesy board game with too many toppings. Use your checkers based skills to be the player to get rid of the most olives. Play against the game or with a friend in pass-and-play multiplayer mode. 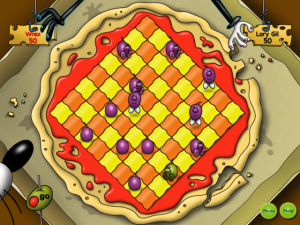 The game board is a pizza and the game pieces are olives. Players must remove as many olives from the pizza as possible until there are no more moves. To remove an olive, you must “jump” an adjacent one, just like playing checkers; except that you can only move an olive if it is properly situated to jump another one.

Players can jump more than one olive if the board is set up for it. For example, if there is an olive in every other space past the first one, players can line up as many jumps as possible.

There are purple, green and red olives on the pizza. The red and green ones are worth more, but don’t spend too much time trying to grab those. Sometimes, a better move with multiple jumps is set up for the taking.

Players can compete against an artificially intelligent opponent or against a real-life friend in the same room. The computer opponent becomes smarter and harder to beat as you play the game, however, it eventually plateaus and does not increase in intellect after the third round of games.

This game is great for kids between 7 - 12 years old. Like checkers, it is very easy to pick up, but a player’s ability to win is based on his skills in strategizing future moves. The price of the game is twice what it should be. There isn’t a whole lot to it. For what you get, it should be $0.99. If you are looking for an interesting casual board game to play with friends, this will definitely keep you occupied for a while without requiring much training. 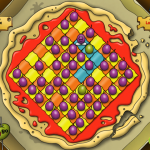 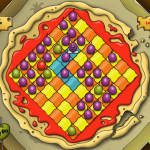 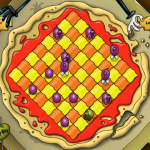 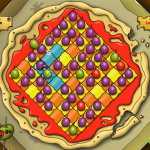 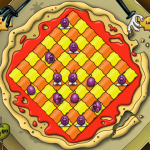 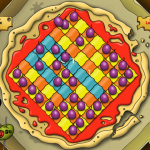 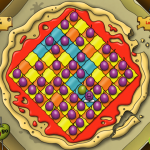 The Works - A Board Game For Fans Of Checkers

The Works - A Board Game For Fans Of Checkers
Nothing found :(
Try something else