You are using an outdated browser. Please upgrade your browser to improve your experience.
by Lory Gil
June 21, 2012

Warmongers HD ($1.99) by Category 5 Games is a castle defense game without a castle. Instead of sitting around, waiting for hordes of enemies to break down your walls, hit the road with your soldiers and attack the goblins where they live. 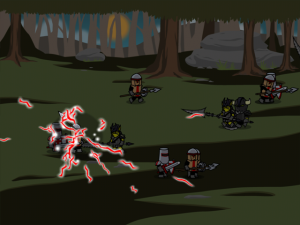 Players start off with spearmen and knights to battle with. Once you’ve earned enough coins, you can unlock new fighters, like archers, to help take down evil foes. Each soldier costs a certain amount of mana to deploy. Mana replenishes automatically, but can also be looted during battle.

Spearmen generate bloodlust that gives them a one-time attack to kill an enemy in a single swift blow. Bloodlust grows as soldiers fight, but can also be looted during battle. The faster you fill your bloodlust meter, the better. Just be sure to have a spearman on the battlefield when it is time to use it.

When a soldier is deployed, players must pick the area on the battlefield that he will march. Fighters don’t roam all over the place, killing willy-nilly. They walk in a straight line from one side of the screen to the other. An ill-placed soldier will walk right by an enemy, letting him get past without a fight.

The goal is to get more of your soldiers across to the other side than the enemy. If you kill goblins on the way to your goal, you will have a much better chance of winning. There is a meter at the top of the screen that will let you know how close you are to the goal.

Players earn gold by looting during battle, but also earn bonus gold when winning a battle. The gold is used to upgrade soldiers’ weapons, add new fighters and increase stats. The stronger your army, the better chance you have of winning new battles.

Players can buy gold though in-app purchases if they want to make upgrades before they’ve earned enough in battle. It is likely that you’ll need to buy gold. I discovered that it was nearly impossible to win a battle once the archers were introduced into the fight. I didn’t have enough gold without paying for more, and I couldn’t beat the level. I was annihilated.

This new trend of charging players to buy the game and then asking them to pay more money for upgrades is an unfortunate development. I’ve seen it a lot more in the App Store recently. I think it is fine to offer a game for free and then make the in-app purchases almost necessary. I don’t even mind a paid game that offers in-app purchases that aren’t necessary, but make it easier to play. However, more often lately, I am seeing these types of games that cost money to download, and then teeter on the verge of requiring an in-app purchase in order to make the game worth playing at all. You can play this game without in-app purchases, but it is harder than it should be.

While the game is entertaining and challenging, it is frustrating to only get through six levels before feeling like an in-app purchase is the best way to continue playing. It is too bad. The game is a lot of fun. If you have patience to replay levels and suffer massive defeat over and over until you earn enough gold to upgrade then you won’t mind playing this game. 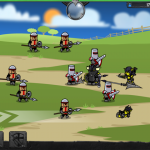 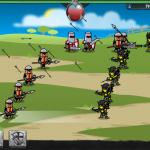 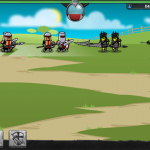 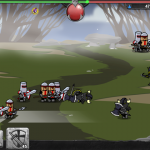 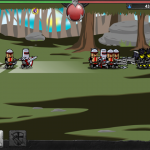 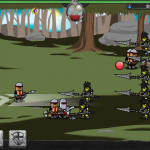 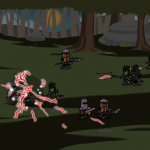 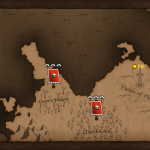 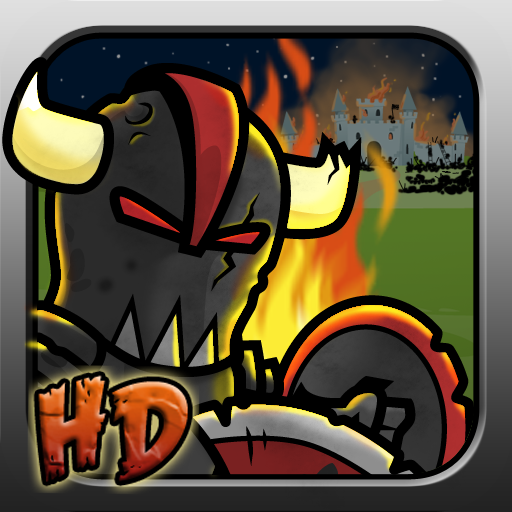 Instead Of Defending Your Castle, Go Out And Plunder The Battle Fields With Your Warmongers

Instead Of Defending Your Castle, Go Out And Plunder The Battle Fields With Your Warmongers
Nothing found :(
Try something else