The Act ($2.99) by Chillingo Ltd is an original comedy that will have you hooked from the opening scene.

Step into the shoes of Edgar, a window washer who falls into a tricky situation when his brother falls asleep on the hospital bed of a patient waiting to undergo a brain transplant. As you progress through the interactive scenes, you need to save your brother, save your job, and try to woo the woman of your dreams. 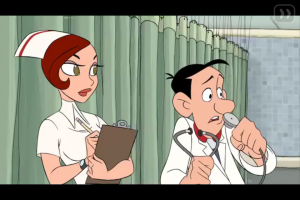 The Act features completely hand-drawn artwork. Although it isn’t Retina resolution, it truly is beautiful and it is coupled with some really funny (and smooth) animations. The artwork and animations combined give the characters a ton of personality, allowing you to be pulled into the story.

As a story, The Act is incredible. The plot is engaging, and it keeps you on your toes as you don’t really know what is going to happen until it does.

As a game, The Act is fun, yet not quite what you would expect. Similar to games like Dragon's Lair, at certain points in the game you are given control of Edgar. Your job is to control Edgar’s actions and facial expressions by sliding your finger left and right on the screen.

Sliding your finger to the edges of the screen will result in extreme actions, like slapping people in the back or staring awkwardly at people and showing off dance moves. These actions will make Edgar stick out like a sore thumb (which could be good depending on the moment). Keeping your finger close to the center will ensure that Edgar performs less noticeable actions, like smiling or scowling. 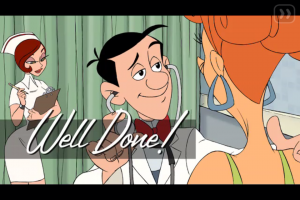 The controls may be simple, but the real trick is figuring out when to make Edgar act, and how he should act. To give away a small portion of the story (no spoiler here), Edgar sneaks into a hospital by dressing up like a doctor. From this point forward, you have to act like a doctor and try to fit in. As Chillingo says, “Keep up the act!”

Considering the story, the characters, the artwork, and the interactive nature of the game, The Act is fun and engaging. While it isn’t a traditional game in any sense, it is still enjoyable to say the least. The Act provides a story and cast that you can fall in love with, and while the gameplay elements are minimal, they were implemented well, and that is what makes a game fun.

The Act beckons with its artwork and story, its brotherly duo (very similar to the two main characters in “Of Mice and Men”), and its simple gameplay. Some players will inevitably complain that it is not a “game,” but such gamers will not be appreciating what The Act does offer. Take The Act for what it’s worth, and you will have a product that is worth your time and money. I’m keeping up the act, can you? 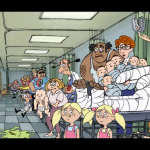 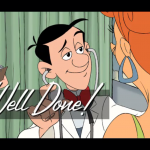 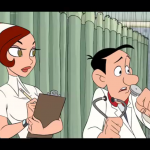 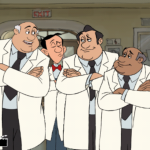 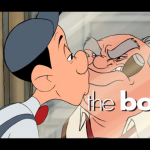 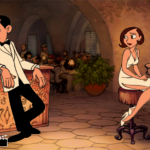 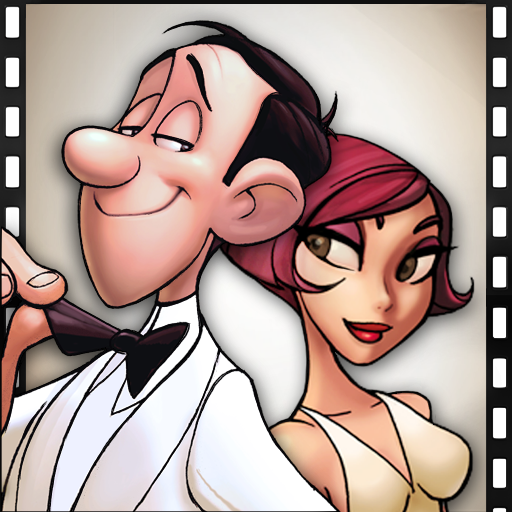 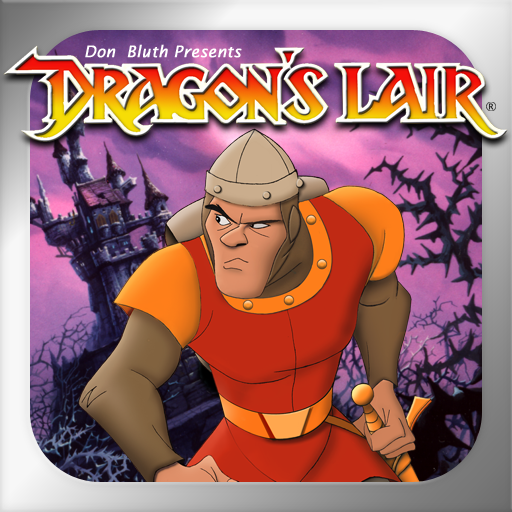 The Act Is An Incredibly Humorous Original Comedy Filled With Lovable Characters
Nothing found :(
Try something else