You are using an outdated browser. Please upgrade your browser to improve your experience.
by Lenny Liang
July 15, 2012
In preparation for the upcoming release of "The Dark Knight Rises," Warner Bros. has released iPhone and iPad versions of TDKR: Gotham City's Most Wanted. Directly inspired by the movie, the app allows you to project the mask of Batman, Catwoman, or Bane onto your face.. With some AR magic, you can become The Dark Knight, or at least look like him. Although, it's not immediately obvious, you can also project a Batman logo, by touching the bat on the title screen. 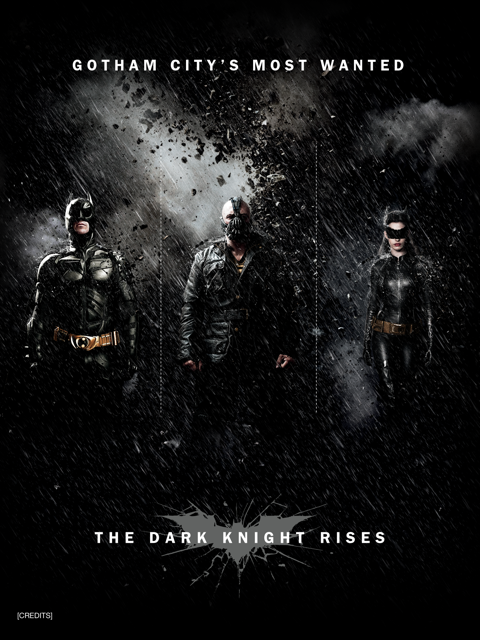 The app is a fun novelty, worth some giggles and a few minutes of fun. Besides that, however, the app has no real purpose, other than to serve as a marketing tool for the movie. I decided to give it a new purpose by making it the base app for this final installment of our Batman-inspired App Synergy series. Before Batman was a movie hero, he was a comic book character. This week, we go back to those roots. We'll start with the results of the movie-inspired TDKR app, and then we'll convert them into comic form. This is a great way to create your own comic books, even if you lack artistic talent. Just make sure you don't infringe on any trademarks. 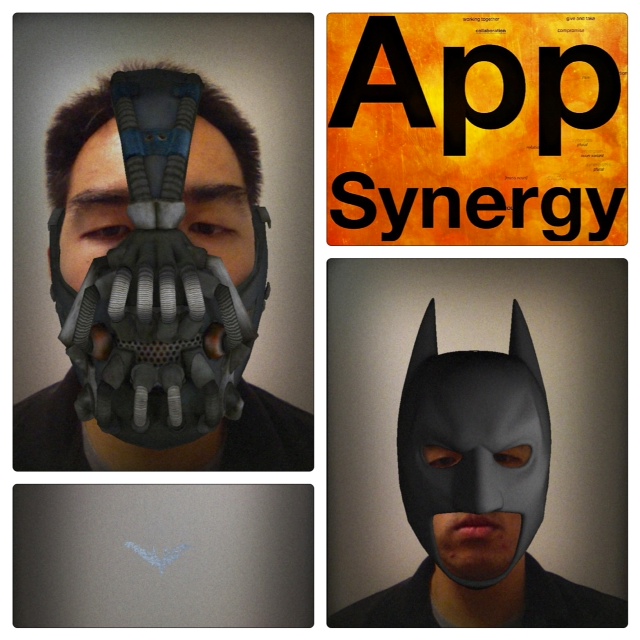 Layout is a nice app, worthy of its own mention. Its distinguishing function is that you can use your finger to easily split a frame into sections, reposition borders, or move images from one place to another. There's also built-in photo editing and the ability to add captions to tell a story. Although I used a different app later to create my comic layout, this app could be used for that purpose as well.

Step 2 - Turn Your Photos Into Comics

There are tons of photography apps with comic filtering capability. I chose Mobile Monet HD because it produced the image style that I was looking for. Unlike some comic filters, which immediately convert your entire image to comic form, Mobile Monet allows you a bit more control over your final product. You start with a black and white sketch version of your picture and then "paint" it in. You can choose and adjust your brush size, as well as customize your image from a wide variety of settings. There is a paid iPhone version of this app, as well as a universal, free version. The paid versions provide higher resolution output, the option for multiple undo, and some other added features. I again used Layout to demonstrate what my Batman and Bane images looked like after being passed through MobileMonet. The Batman logo and App Synergy banner were directly modified by Layout itself. 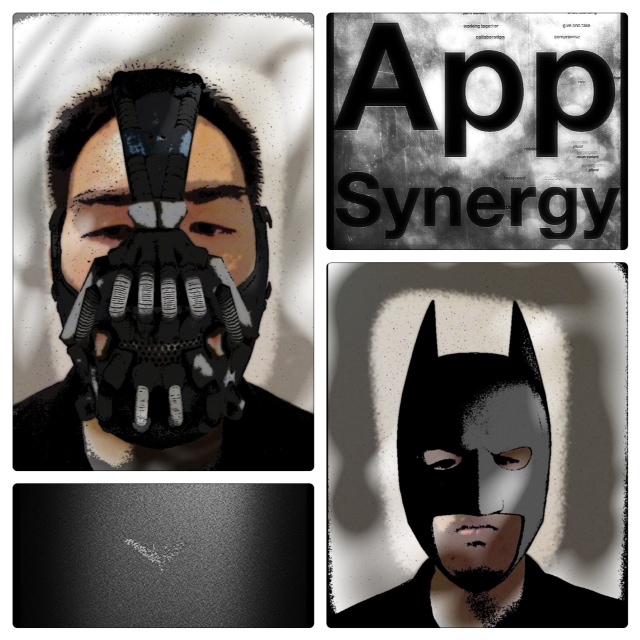 One you've turned your photos into artwork, you want to arrange the individual pictures as panels of a comic book page. You then want to add word balloons and other text effects. As mentioned above, Layout is a good app for arranging your photos. However, it does not provide word balloons and other comic book staples. While there are apps that could be used in conjunction with Layout to do the job, I decided to use one app that could create the entire comic page by itself. 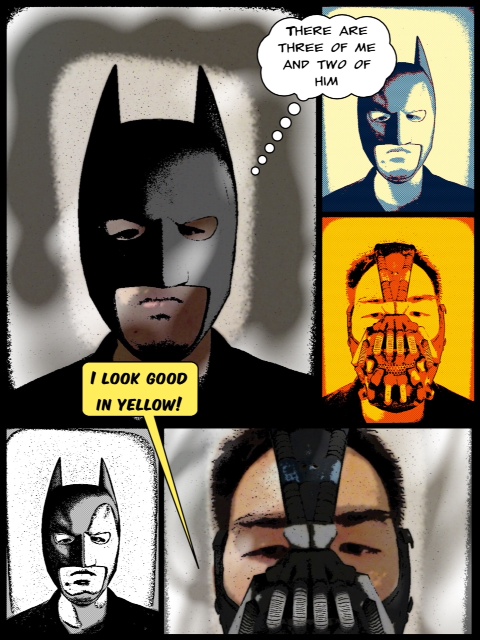 As indicated by its name, ComicBook! pertains to comic books. It bills itself as a full featured comic book creation app, with a wide selection of layouts, image filters, fonts, stickers, and more. In my opinion, Layout handled design better and Mobile Monet produced better image results than that of ComicBook!’s built-in filters. However, for its stated purpose as an all-purpose comic creation app, ComicBook! does the job. As demonstrated by this article, however, you can also use ComicBook! as only one step in the process, while employing more specialized apps in the other steps. Here is a sample page, with some of ComicBook!'s filters applied on top of photos already modified by Mobile Monet.

Step 4 - Assemble Your Pages Into A Book

You can now make individual comic pages. Next, you want'll to assemble your pages into an actual book. I recently came across an app called Book Writer, which promised to do just that. I'll confess that I didn't really test any of the higher level functions of this app. My main concern was to import my pages into the app, compile them, and then send them to a reading app like iBooks. Fortunately, Book Writer did just that, and made the process easy. The app has a clean and intuitive interface, which reminded me of some of Apple's native apps. 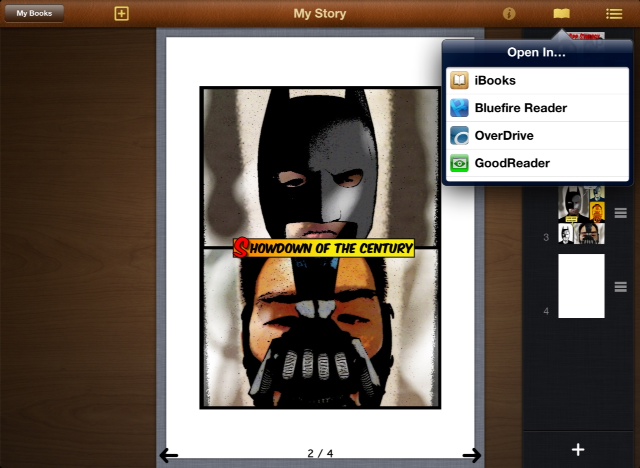 The final step to all of this is to read your comic book. I sent my book to iBooks, but there are also other iPad book options. If you're looking for an alternative to iBooks, I would recommend our "Book Apps For iPad" AppGuide, which was written by my colleague Elizabeth Woodard, and which published earlier this week. It's extremely comprehensive. I discovered a number of apps I had never heard of. 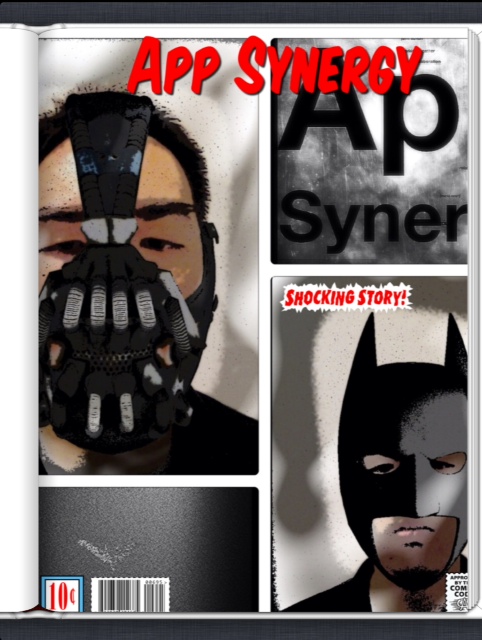 So, there you have it. We have reached the end of our App Synergy series inspired by "The Dark Knight Rises." Next week, I will be writing an article with no mention of Batman at all. In case this series has not satisfied your Dark Knight cravings, you might be able to get your fix later this week. As a reminder, the movie opens July 20 in the United States. 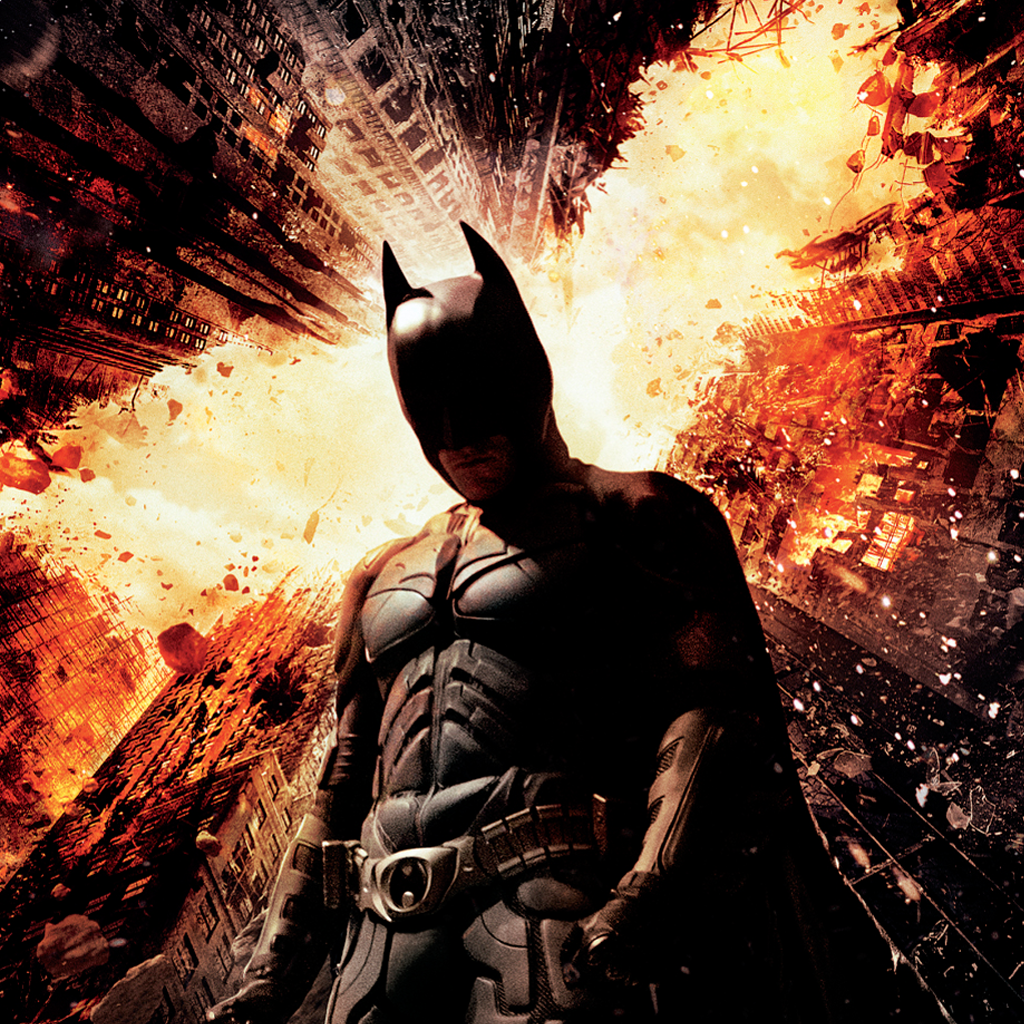 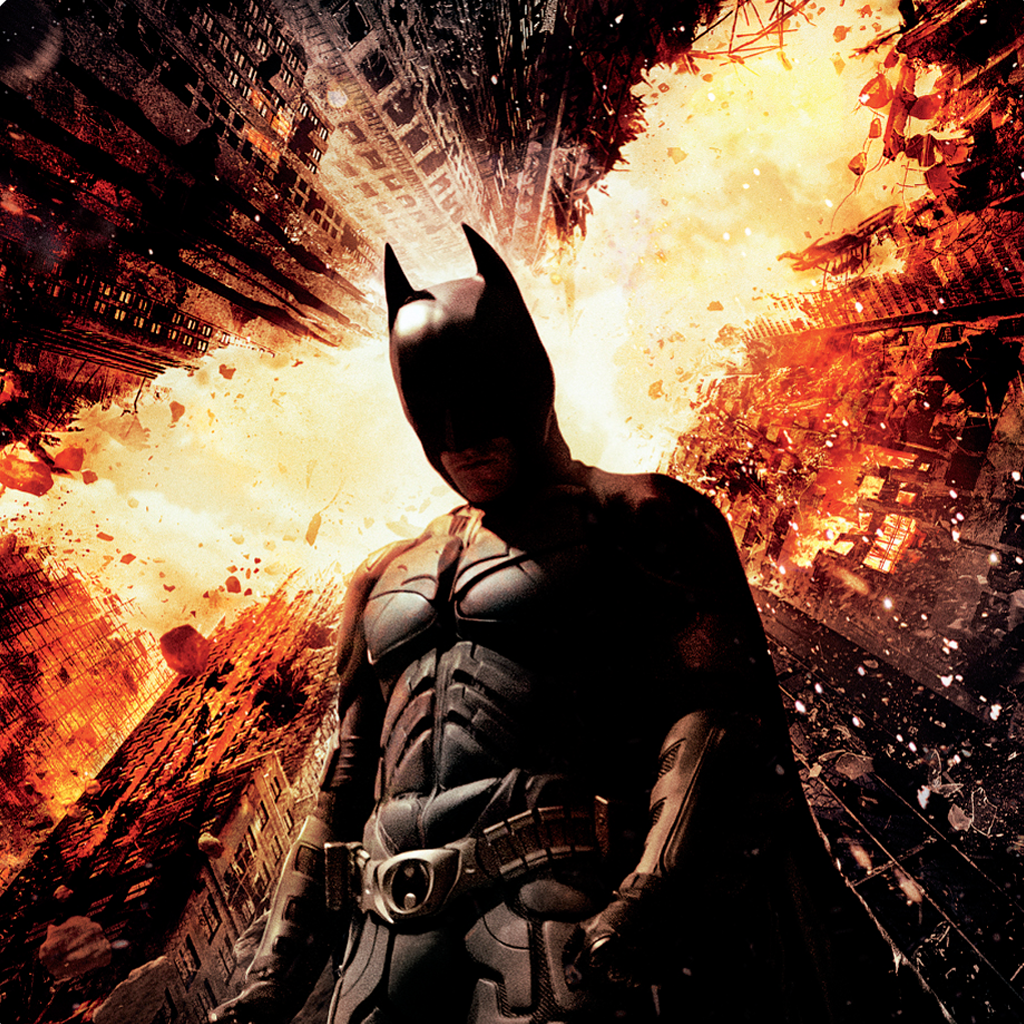 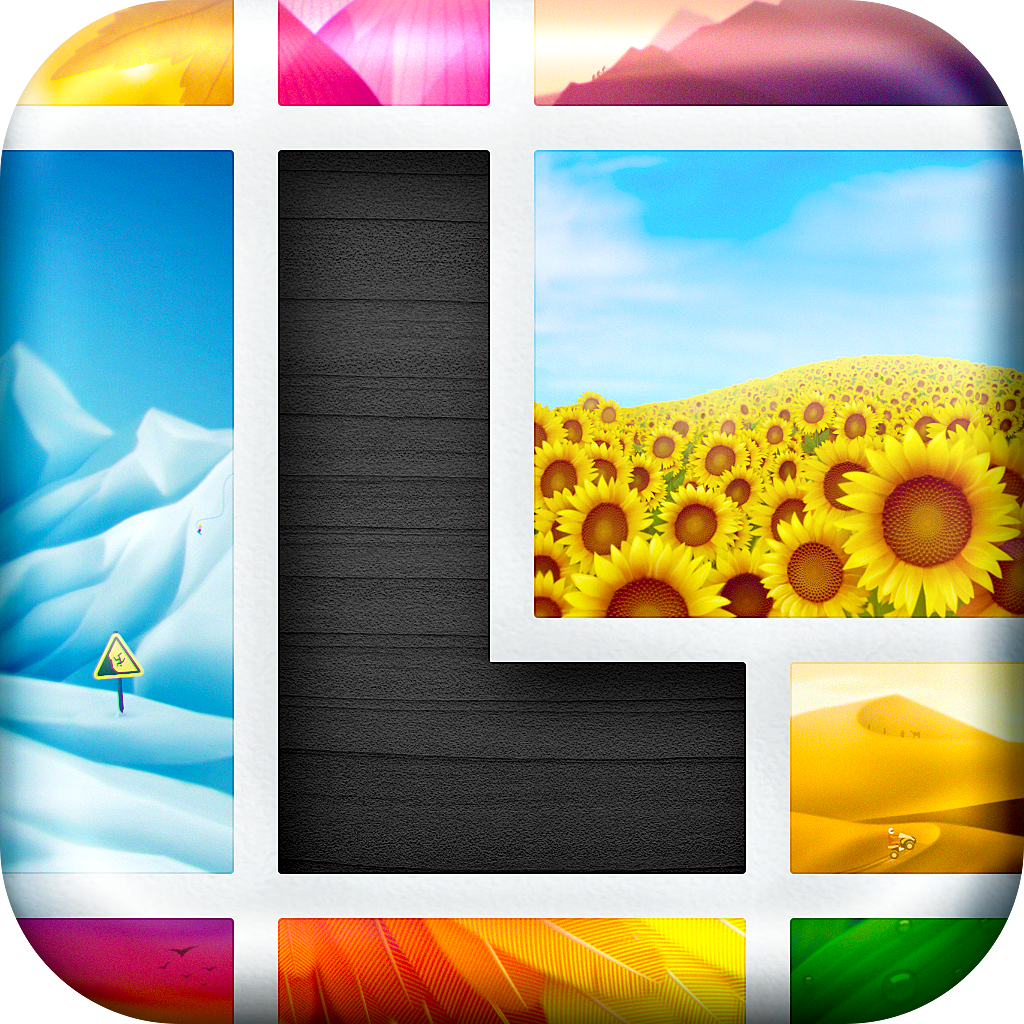 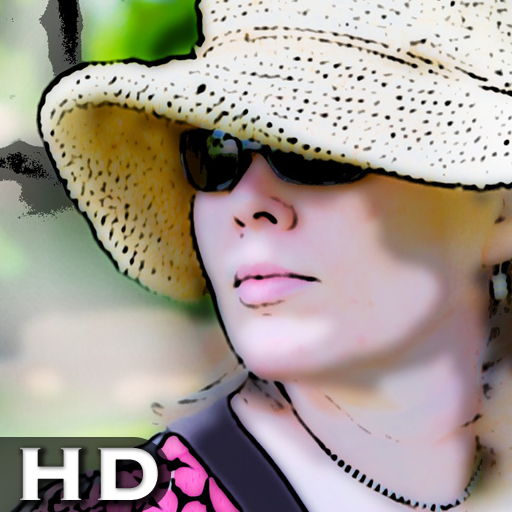 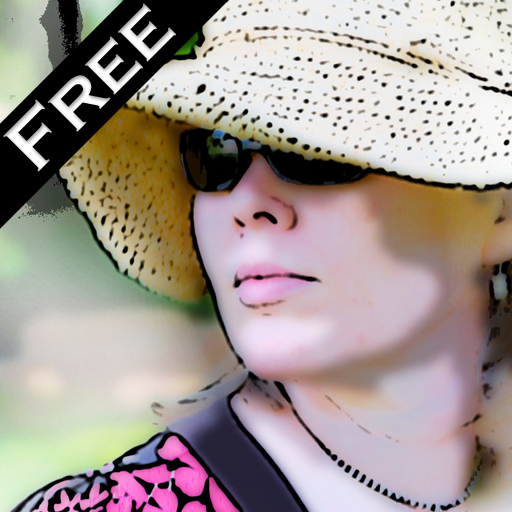 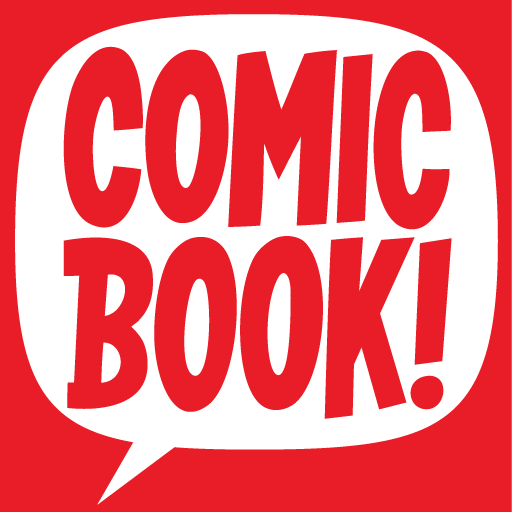 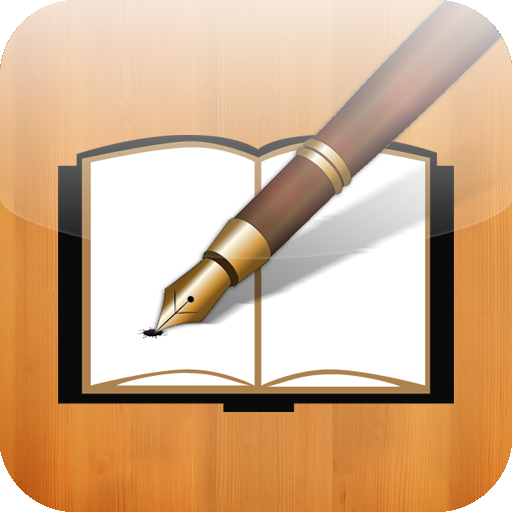 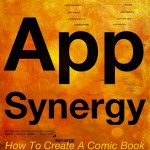 App Synergy: How To Create A Comic Book

App Synergy: How To Create A Comic Book
Nothing found :(
Try something else