You are using an outdated browser. Please upgrade your browser to improve your experience.
by Dom Esposito
July 23, 2012
The new iPhone is reportedly months away from being released with a “confirmed” smaller 19-pin dock connector. Rumors of the smaller port originally surfaced back in February leaving many to wonder what will happen with the current 30-pin accessories on the market. If these rumors are true, it could mean mass accessory redesign for many manufacturers. The iPhone 4 and 4S are two of the most accessorized smartphones on the market. There are a wide variety of 30-pin connector accessories currently available that could lose compatibility with the new iPhone if this small design change takes place. Don’t let this little rumor deter you from buying the new iPhone. According to iMore’s Rene Ritchie, Apple plans to sell a 30-pin to 19-pin adapter to bridge the gap in compatibility.

iMore reached out to the original sources that gave us the new Dock connector story way back in February just to make doubly sure — and yes, there will be an adapter for the iPhone 5′s smaller Dock connector that will let it work with many of the accessories designed for the old 30-pin Dock connector.

An adapter really doesn’t seem like an unrealistic concept. Apple has no problem selling a MagSafe to MagSafe 2 Converter for $9.99 as a companion to the new MacBook Pro with Retina display. Keeping that in mind, it certainly seems logical to keep compatibility with some 30-pin accessories. Plus, Apple loves to sell us things. I’m still getting used to the idea of a "mini" charging port on the new iPhone. I’ve been so spoiled by being able to use the same cable with all of my iOS devices over the years. Do you plan to upgrade to the new iPhone? If so, how do you feel about the rumored design change? Source: iMore Image: TechzTalk 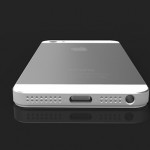 Apple May Sell You A 30-Pin Adapter For The New iPhone’s Smaller Port
Nothing found :(
Try something else