You are using an outdated browser. Please upgrade your browser to improve your experience.
by A.T. Faust III
July 6, 2012
Good news for titles affected by Apple's just-squashed DRM bug: the Cupertino company is removing all one-star reviews left as a direct result of the error, which caused popular apps like Instapaper, GoodReader, and Angry Birds Space to crash upon launch. After all, that's only fair. Like Macworld says,

many users won’t know that fault lies with Apple and not the developer—hence all those one-star reviews that Instapaper scored in the moments following the corrupted app’s release.

Now that there's established precedent for the removal of unfair app reviews (the cause being Apple's own fault notwithstanding), perhaps Apple can get after deleting all the other confused, petty, and otherwise uninformed ratings out there. Because as long as there are users, there will be user error. And that, like this, should never cost a developer its good name. Source: Macworld Via: TUAW Image: We're Just Sayin 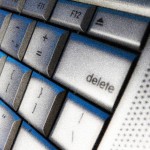 Apple Removes One-Star Reviews From DRM-Affected Apps
Nothing found :(
Try something else