You are using an outdated browser. Please upgrade your browser to improve your experience.
by Dom Esposito
July 30, 2012
Senior Vice President of Industrial Design Jony Ive, recently spoke at the British Embassy’s Creative Summit on Apple’s design focus and goals. Ive discussed how "great products" are actually more important to Apple than making money. “It sounds a little flippant, but it’s the truth. Our goal and what makes us excited is to make great products,” explained Ive. “If we are successful people will like them and if we are operationally competent, we will make money.” Jony Ive has been responsible for most of Apple’s design work since 1992. He explained that revenue does not drive Cupertino to innovate, but “great products” do. Ive recounted the bankruptcy days at Apple. He explained how Steve Jobs recognized that Apple products needed an overhaul to be successful. Ive said that Jobs was focused on making great products rather than money to rebuild the company. Wired was at the event providing coverage on Ive’s speech:

He explained how, in the 90s, Apple was very close to bankruptcy and that “you learn a lot about vital corporations through non-vital corporations”. When Steve Jobs returned to the company in 1997, his focus was not on making money — “His observation was that the products weren't good enough. His resolve was to make better products.” This was a different approach from other attempts to turn the company around, which had focused first and foremost on cost savings and revenue generation.

According to Wired, Ive went into detail explaining how happy he is to be a part of Apple’s design team:

“To me I still think it’s remarkable that at a point in time on a Tuesday afternoon there isn’t an idea and then suddenly later on there is an idea. Invariably they start as a tentative, barely-formed thought that becomes a conversation between a couple of people.” Apple then builds a prototype that embodies the idea and that’s when the idea goes through “the most incredible transition”. “You go from something tentative and exclusive to something tangible and — by nature of it being a thing — a table of people can sit around it and start to understand it; it becomes inclusive and it galvanises and points to a direction for effort.”

While wrapping up at the summit, Ive said, “we don’t do market research,” because “it will guarantee mediocrity and will only work out whether you are going to offend anyone.” I think that Apple has the right mindset for creating. They've definitely been focused on making great products and it has propelled the company to unimaginable heights. Apple has always been a company to “Think Different” and it shows in their creativity and success. Instead of going with “the flow,” they create it. Apple has had many failed designs over the past years, but even the products that didn't work out commercially were extremely different and made way for better technology. Source: Wired Via: 9to5Mac 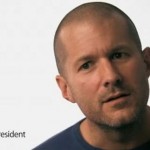