You are using an outdated browser. Please upgrade your browser to improve your experience.
by Bryan M. Wolfe
July 17, 2012
Earlier, we highlighted some of the new features in iOS 6 beta 3. Now, some new iOS 6 features previously unsupported on the iPhone 3GS are now available for these customers. According to the iOS 6 preview page, iPhone 3GS customers are now able to use shared Photo Streams and VIP mail filtering. As such, the following previously mentioned limitations have been removed: This is obviously great news for iPhone 3GS owners concerned that some iOS 6 features won't be carried over to their handset. These features do remain unsupported on the iPhone 3GS, however: First launched in 2009, the third-generation iPhone remains available through Apple and AT&T. For more information on iOS 6 restrictions, please see our June report, which has been updated to reflect the changes mentioned here. Via: MacRumors 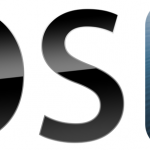 For iPhone 3GS Customers, Apple Has Cut The Number Of Unsupported iOS 6 Features By Two

For iPhone 3GS Customers, Apple Has Cut The Number Of Unsupported iOS 6 Features By Two
Nothing found :(
Try something else