You are using an outdated browser. Please upgrade your browser to improve your experience.
by A.T. Faust III
July 19, 2012
In a disconcerting bit of legal intrigue (that, for once, isn't patent-related), a recent U.S. court ruling has deemed as acceptable the practice of suspect impersonation via smartphone. Ars Technica has the current case particulars, but it all boils down to this: If your smartphone is legally seized by authorities (which still requires the appropriate search warrant), those authorities are then free to text your stored contacts -- pretending to be you! -- in an effort to expand their investigation and collect evidence on you and other existing or newfound suspects. That's what happened to suspected drug dealer Daniel Lee in 2009, and it's what could happen to anyone, even now, in 2012. That is, if Judge Joel Penoyar has his way. Of course, this seems a pretty straightforward violation of your Constitutionally-implied right to privacy, and it's in direct contradiction of established U.S. laws for the handling of data found on confiscated computers (which require additional warrants should investigators choose to peruse their contents). Why? Because Penoyar is relying on an ancient ruling to guide the courts in today's mobile world. A ruling regarding a pager, no less. The overreaching judge, says Ars,

pointed to a 1990 case in which the police seized a suspected drug dealer's pager as an example. The officers observed which phone numbers appeared on the pager, called those numbers back, and arranged fake drug purchases with the people on the other end of the line. A federal appeals court held that the pager owner's Fourth Amendment rights against unreasonable search and seizure were not violated because the pager is "nothing more than a contemporary receptacle for telephone numbers," akin to an address book. The court also held that someone who sends his phone number to a pager has no reasonable expectation of privacy because he can't be sure that the pager will be in the hands of its owner. Judge Penoyar said that the same reasoning applies to text messages sent to an iPhone. While text messages may be legally protected in transit, he argued that they lose privacy protections once they have been delivered to a target device in the hands of the police. He claimed that the same rule applied to letters and e-mail.

So, just remember: right now, every call you make or email or text you send is private. Until it arrives at its destination. Then, apparently, it's a free-for-all. Sheesh. Source: Ars Technica 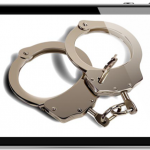 If The Cops Get Your Smartphone, They're Free To Impersonate You

If The Cops Get Your Smartphone, They're Free To Impersonate You
Nothing found :(
Try something else