You are using an outdated browser. Please upgrade your browser to improve your experience.
by Bryan M. Wolfe
July 13, 2012
Steve Jobs will forever be known for the products Apple and he produced. However, the late Apple CEO could also be remembered as the guy that changed the overall retail shopping experience, according to a new report by SmartMoney. Emphasizing customer service, the first and subsequent Apple retail stores put a new spin on the salesperson concept. Instead of using the “always be closing” approach, Apple employees were taught the “five steps of service,” according to Carmine Gallo, a communications coach and author of “The Apple Experience.” These steps are: Approach in a warm manner, Probe politely, Present customers with a solution that may not involve a sale, Listen carefully, and End with an invitation to return. Now this concept is being extended to other companies including AT&T, Best Buy, and General Motors. For example, according to the report, Best Buy is remaking their “Geek Squad” in Apple’s image, while GM plans to institute “no-haggle prices” on some car models.

Apple has had a tremendous amount of influence,” says Milton Pedraza, the president of Luxury Institute LLC, a marketing firm.

This doesn’t mean hard sells are gone entirely. Rather, this approach has gone high tech.

Email marketing, apps and social networking allow retailers to take a more aggressive approach – even after customers have left the store, says Jeff Lenard, a spokesman for the National Association of Convenience Stores.

Personally, I'd like to see Apple's concept extend not just to retailers and car dealerships, but also to other types of organizations such as those in the health care and services industry. Have you noticed other retailers taking Apple's approach as it relates to assisting customers in stores? Source: Smartmoney 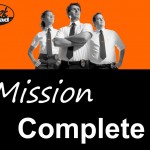 Retailing Has Been Forever Changed By Apple, Steve Jobs

Retailing Has Been Forever Changed By Apple, Steve Jobs
Nothing found :(
Try something else