You are using an outdated browser. Please upgrade your browser to improve your experience.
by Dom Esposito
July 23, 2012
According to a recent rumor, Apple has set the next iPhone release date for Friday, Sept. 21, 2012. This rumor is being reported by the French blog, App4phone.fr. Call me crazy, but doesn’t that seem a little far off from the more widely rumored October timeframe? The blog cites a source from one of China's largest accessory manufacturers claiming Apple has released a few key details including the September release date. It seems a little hard to believe that Apple would leak any information given their usual high level of secrecy. I’m not sure I can see a release date happening this early, but anything is possible. Why would Apple move the release up an entire month? If the September 21 date is true, that would mean Apple will unveil the new iPhone about 10 or so days before. This would mean that the next iPhone is already in production, which is also backed up by other recent rumors. I would take this with a grain of salt as App4phone.fr has had a poor track record reporting rumors in the past. Don’t get me wrong, I’m all for wishful thinking, but don’t hold your breath for an iPhone 5 in September. What do you think? When will the next iPhone will be announced? Will it be in September or October? Source: App4phone Via: Cult of Mac Image: Macrumors 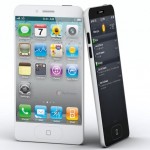 Rumors Have Apple Putting A New iPhone In Your Pocket This September
Nothing found :(
Try something else