You are using an outdated browser. Please upgrade your browser to improve your experience.
by Dom Esposito
July 27, 2012
According to a recently filed 10K form, Apple is acquiring mobile security company AuthenTec for $356 million. The Florida-based company creates security software and chips for mobile phones and licenses them out to companies such as Samsung. AuthenTec also makes special chips for fingerprint recognition and near-field communication.

On July 26, 2012, AuthenTec, entered into an Agreement and Plan of Merger with Apple, and Bryce Acquisition Corporation, a Delaware corporation and a wholly owned subsidiary of Parent, providing for the merger of Merger Sub into the Company, with the Company surviving the Merger as a wholly owned subsidiary of Parent. The Merger Agreement was unanimously approved by the Company’s Board of Directors.

AuthenTec owns 200 patents including fingerprint sensor technology, sensor packaging, and security software. Why exactly would Apple need a company like AuthenTec? Apple may be looking at this from a security standpoint. If Cupertino has plans for NFC integration in the future, they may want to look into methods of securing it. Another possible angle would be to use the fingerprint recognition in future products for personal or business applications. AuthenTec has already implemented their fingerprint recognition technology in the Motorola Atrix phone from AT&T. Here’s a quick video demonstrating the fingerprint recognition in the Motorola Atrix. Click here if you cannot view the embedded video. http://www.youtube.com/watch?v=ToyJBC7iq2o I’m not sure how Apple would integrate this technology on a future iPhone. There are a number of different ways they could utilize this technology, but I just see the fingerprint scanner as more of a gimmick at this point. Yes it would increase security, but I’d like to see deeper implementation than a "scan to unlock" feature. It would make more sense if Apple has plans to use this company for their work and research in near-field communication. The new Passbook feature in iOS 6 is said to be a cornerstone of future devices. Near-field communication partnered with fingerprint recognition technology would be a great start to a future iWallet. Apple wouldn't spend $356 million on a company for no good reason. There is more than likely a very calculated plan involved with this new acquisition. Source: Reuters Via: 9to5Mac Image: FingerPrintScanners 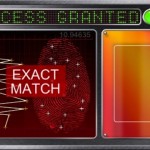 Scan To Unlock: Apple Acquires Fingerprint Recognition Company
Nothing found :(
Try something else