You are using an outdated browser. Please upgrade your browser to improve your experience.
by A.T. Faust III
July 25, 2012
It's not often that I get caught up in kid's play, but somewhere between the pages of Nearly There, I admit I very much did. As the very first Creatures of Serendipity digital storybook, the app -- launched last week alongside its physical companion -- is a healthy mix of silly characters, strong morals, and wonderful art. In the world of the children's book, of course, the first two aforementioned facets are more or less par for the course. You can always expect a few goofballs and life lessons. Expert illustrations, on the other hand, aren't so common (any more). Fortunately, between the playful inks and watercolors of artists Joanna Connor and Gabriel Byrne, something of the old school has made its way to 2012. I haven't enjoyed looking at a story this much in a long time. And I've got Madefire installed, so that's saying something! Speaking of comic books, Nearly There -- in following the uplifting march to freedom of horses Bishop and Budley and their newfound animal friends (naked chicken Feathers being my personal favorite) -- reads very much like one. The full-page spreads are often supplemented by action panels, and a tap of the finger kicks off narrator Colin Vearncombe's entertaining voice acting. In addition to the main story, Nearly There offers a browsable map of Bishop's and Budley's trail, a theme song by Fergus O'Farrell, and some character outlines for the kids to color in. But even without these extra bells and whistles, Nearly There has all the hallmarks of a classic series starter. Parents, if you'd like the chance to nab a free a copy of Nearly There to enjoy with your youngsters, just leave us a note in the comments below. We'll contact the winners at the end of the week. For everyone else, Nearly There is available on the App Store right now for $4.99. [gallery link="file" order="DESC"] 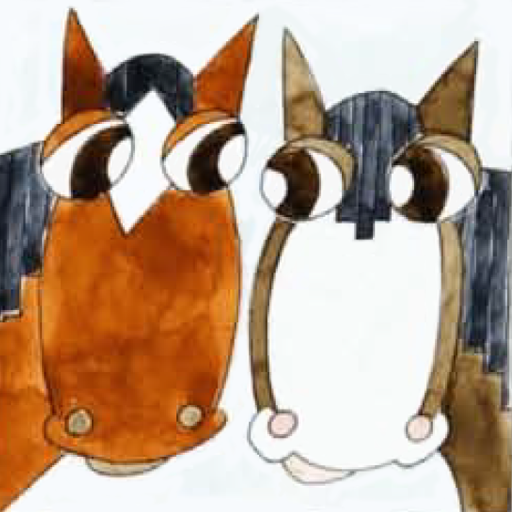 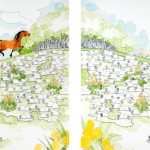 The Creatures Of Serendipity Star In 'Nearly There,' Plus Win A Copy!

The Creatures Of Serendipity Star In 'Nearly There,' Plus Win A Copy!
Nothing found :(
Try something else