You are using an outdated browser. Please upgrade your browser to improve your experience.
by Bryan M. Wolfe
July 25, 2012
Did you hear? Apple unveiled a new iOS device and no, it isn’t called the iPad mini. Rather, Apple’s latest OS X for Mac, Mountain Lion arrived in the Mac App Store. While technically not an iOS release, Mountain Lion is in many ways an iOS product. Don’t believe me? Keep reading. Before the arrival of OS X Lion, AppAdvice would have been the last place online to find insight on Apple’s other operating system. However, since then, and especially with the arrival of OS X Mountain Lion, what Cupertino does for Macs is important to those using the iPhone/iPod touch, and iPad too. After all, both ecosystems are ever-closer to becoming one.

Introduced at Apple’s Back To The Mac event in fall 2010 and launched in the Mac App Store in July 2011, OS X Lion was Apple’s first Mac OS X that took some cues from iOS. These included the introduction of a new version of Address Book that looks a lot like the native iPad app and a radically changed Mail application that included “conversations.” Additional iOS-like features in OS X Lion included Auto Save, which remembers which documents Mac users were in previously, FaceTime, AutoCorrect, hidden scrollbars, Multi-touch gesturing, and of course, Mission Control. 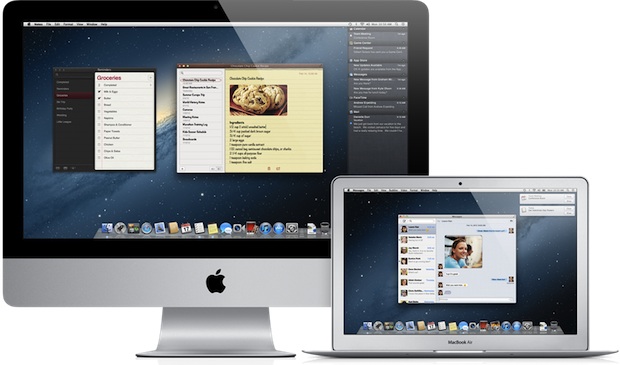 With Mountain Lion, however, Apple has put the convergence between OS X and iOS into overdrive. Among the new features that first arrived in iOS include: iCloud, Messages, Notes, Reminders, Game Center, Notification Center, shared links, Twitter and Facebook integration, support for AirPlay mirroring, and voice dictation. 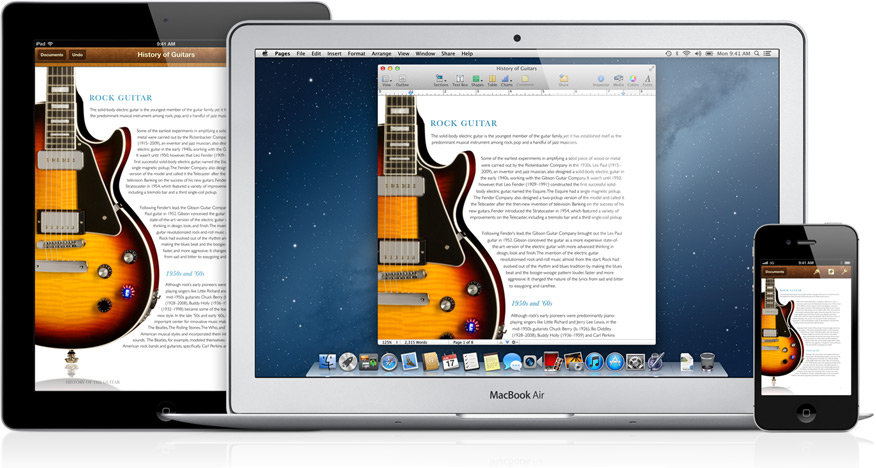 As it did with iOS, iCloud on a Mac means all of your most important documents and information are always up-to-date, regardless of your device, in the cloud. This integration extends to each of Apple’s native applications, plus those third-party apps that offer iCloud support. Best of all, related files are now available from within the app, and not just through Finder. 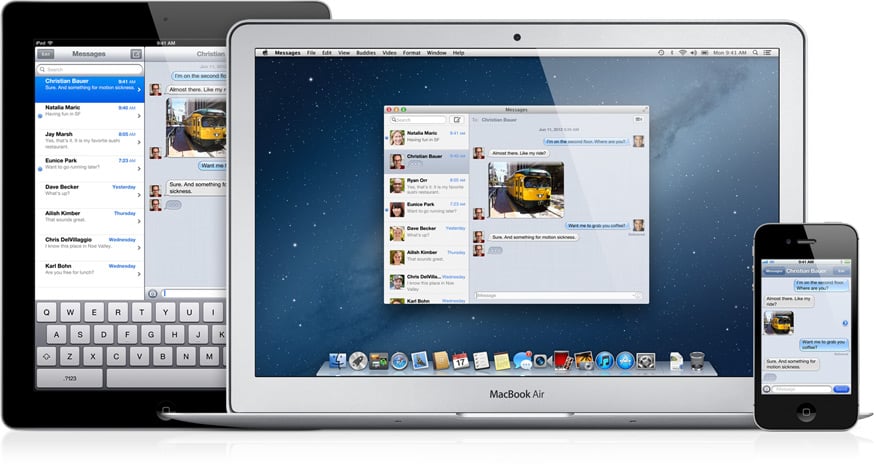 Initially available as a beta for Lion customers, Messages arrives for Mac as a replacement for iChat. Using it, customers have an integrated messaging system across Mac and iOS, or as Apple likes to call it, “Messages Everywhere.”

Write a note on your Mac, and you'll now see it on your iPhone or iPad touch, and vice versa. Plus, each note may be shared  via email or Messages. 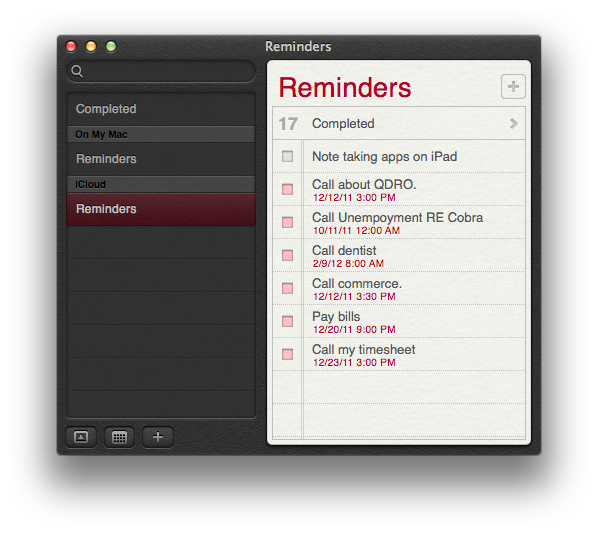 The same goes for Reminders, which first arrived for iOS 5. The application supports due dates and alerts too.

With Game Center on the Mac, users can now play games with anyone on a Mac, iPhone/iPod touch, or iPad. You can also use it to check out leaderboards and your high score ranks. 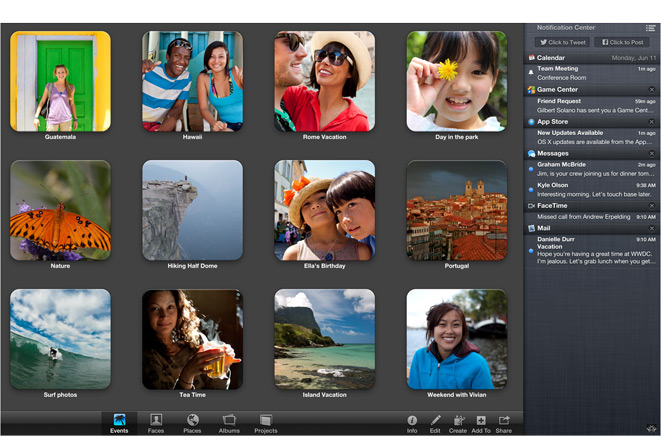 While working or playing on your Mac, you may have to answer an email or message, check a calendar alert, or find out about a software update. Now, these tasks are accomplished by using Notification Center, one of the most popular features in iOS. And yes, push notifications are also here.

With Mountain Lion, it seems that everything is now sharable, whether it be photos, videos, email files, or the like. And in Safari, you can now send links via email, Message, Twitter, and Facebook. Sharing is also available in Notes, Photo Booth, and iPhoto.

Twitter customers with Mountain Lion can now tweet until their heart's content. Now you can tweet links and photos directly from Safari, iPhoto, or Photo Booth using the new Tweet sheet. Many of these features are already available or will be soon, in iOS. Facebook integration, meanwhile, is set to arrive on Macs later this year. When it does, you’ll find built-in Facebook support including the ability to post photos or links across OS X.

With AirPlay, you can now view Mac content on your Apple TV. Also available: audio streams for music, podcasts, and more.

Thought not quite Siri, voice dictation in Mountain Lion converts all of your words into text, just like on the new iPad. Plus, according to Apple, the more you use voice dictation, the smarter it will become. Still not excited about Mountain Lion? Click here for hundreds of more reasons to upgrade -- or get your copy today! 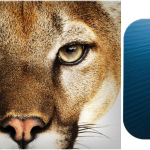 With OS X Mountain Lion, The Mac Becomes Part Of iOS And Vice Versa
Nothing found :(
Try something else