You are using an outdated browser. Please upgrade your browser to improve your experience.
by Bryan M. Wolfe
August 29, 2012
We’ve already told you about Gazelle’s iPhone trade-in policy. Now, Apple has joined the buyback brigade. Cupertino is willing to offset the price of the upcoming iPhone by offering up to $345 for the previous model, the iPhone 4S. The trade-in is part of the company’s popular Reuse and Recycle Program. Naturally, the amount Apple will actually award you for your handset will depend on its condition. Additionally, all trade-ins must include the power cable that came with it. Once you receive and accept a quote, you’ll have to send your old handset to the folks at PowerON. Once the iPhone is evaluated, you’ll receive an Apple Gift Card that is redeemable online, and at Apple retail stores. For example, Apple is currently offering $330 for a 32GB iPhone 4S, which is more than enough to purchase the new iPhone when it becomes available. Earlier this month, Gazelle announced a price-lock guarantee for iPhone sellers. Between now and Aug. 31, the company will lock-in the price that is quoted online. Then, you can keep the handset until you buy Apple’s sixth-generation iPhone. Apple’s plan, though it doesn’t include a price-lock guarantee, does offer some peace of mind. Because you’ll be getting a gift card in return, you won’t be tempted to buy something else with the cash. Of course, those new iPads still look very nice! The next iPhone is likely to arrive in U.S. stores on Sept. 21, with an announcement coming Sept. 12. 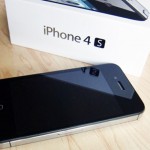 Apple Wants You To Ditch Your iPhone 4S, Now Offering Trade-Ins
Nothing found :(
Try something else